Home Science NASA Launches Contest For The Design Of The Vehicle To Be Used... 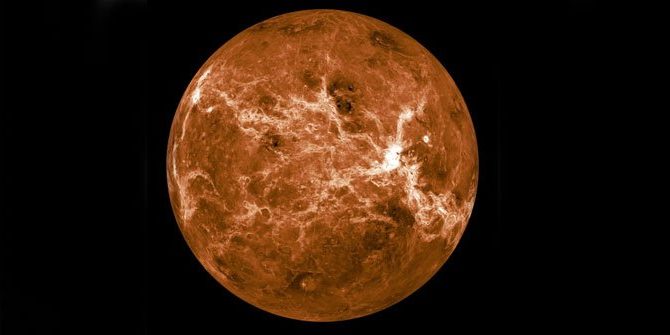 NASA is planning a mission to study Venus in the coming years. For the Venus mission, NASA launched a design competition for the vehicle to be used to explore the planet’s surface.

Venus is seen as the planet most similar to Earth in the Solar System. But Venus seems to be a hell right now because of its volcanic activity and greenhouse effect. These challenging conditions of Venus make it difficult to work on the planet.

NASA plans to conduct a research in Venus, which offers hell conditions, in the coming years. However, a special tool needs to be developed for surface surveys. NASA has now launched a competition for a surface traveler who can withstand Venus’ extremely difficult surface conditions.

NASA warns that projects participating in the competition will be designed to withstand Venus conditions. NASA’s primary warning about the vehicle is that its sensors are not electronic. The current average temperature of Venus is 450 ° C. Most electronic circuits become unusable at 120 ° C. Therefore, the first problem to overcome is the development of sensors that can withstand these temperatures.

The development of the vehicle without sensors is almost unthinkable. The vehicle should be designed in such a way that it can resist other dangers alongside rocky areas and steep slopes located on the surface of Venus. The vehicle is planned to be a wind-powered model.

Venus has not always been one of the toughest planets in the Solar System. Scientists think Venus is like Earth before. For this reason, in the study to be conducted on Venus, the conditions under which Venus has taken its current form will be investigated.

The prizes of the design competition that NASA launched for the AREE vehicle were also announced. In the competition, the first selected design will be awarded $ 15,000, the second $ 10,000 and the third $ 5,000.