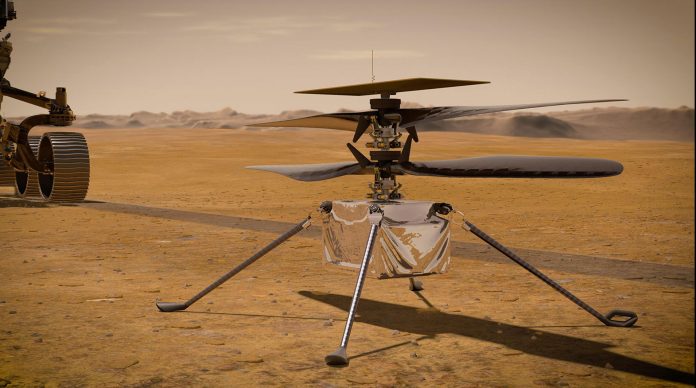 NASA continues to prepare for its first flight over Mars with its helicopter named Ingenuity. The helicopter, which had been inside the Perseverance spacecraft for a while, was finally placed on the surface of the red planet. In the statement made by NASA, it was stated that Ingenuity’s first flight is about a week.

NASA’s preparations to place Ingenuity on the surface of Mars have been going on for some time. Approximately 1.8 kilograms of weight, the helicopter gets its energy from the sun. Ingeunity has a rechargeable battery inside, thus allowing its system to run on cold Martian nights. In the first place, Ingenuity was kept warm by Perseverance’s nuclear power, according to information provided by NASA.

Ingenuity now maintains its warmth with a heater inside. Thanks to this heater, the internal temperature of the Ingenuity is kept at 7 degrees. Night temperature can drop to -90 degrees on Mars. Keeping the temperature around 7 degrees prevents damage to the battery and other sensitive electronic components.

NASA plans to make the first Mars flight with its Ingenuity helicopter on April 11th. The data of this flight is expected to reach the world as of April 12. The Ingenuity, the first helicopter to be sent to another planet, cost $ 85 million to build.

Big Show: “When I arrived at WWE, only The Rock behaved...