Home Science NASA has detected a giant explosion in the Sun 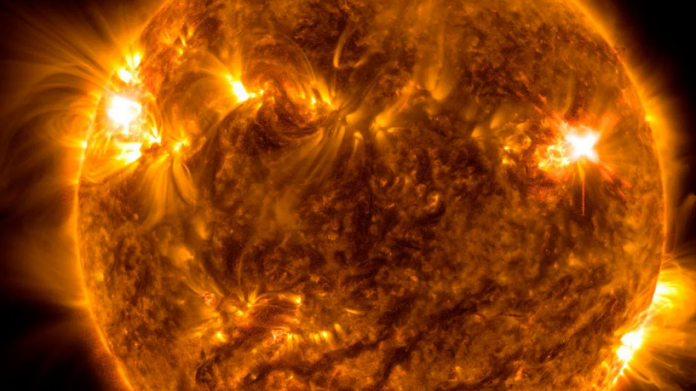 The sun has been going through quite active days lately. Explosions often occur in the Sun, which is in a rather unstable phase. The latest example of explosions, also closely related to Earth, was recorded by NASA. It is claimed that the explosion in the Sun is one of the largest explosions in recent times.

A powerful explosion of class X1 in the Sun

NASA’s Solar Dynamics Observatory recently managed to photograph a massive burst of radiation. The eruption that occurred in recent days has been described as a Class X1 solar event. NASA classifies this class as the largest solar flares. In the image provided by NASA, you can see an explosion in the upper right part of the Sun.

NASA classifies solar flares. Class A denotes the weakest events, and X denotes the strongest eruptions. Each class is also separated by numbers within itself. The larger the numbers, the greater the intensity of the explosion. For example, experts observed an incredible X28 class solar event in 2003.

The latest eruption is a reflection of the unstable nature of the Sun in recent times. Another X2.2 class explosion was observed on the Sun in April. These events are on the sun; It is stated that it can affect radio communications, electrical networks, navigation signals. It is also stated that this may pose a danger to spaceships and astronauts.

The sun goes through a cycle of decreasing and increasing activity every 11 years. It is expected that by 2025 the Sun will gradually strengthen its unstable nature. We can say that the Sun, which will reach its peak in 2025, will host larger events in the future.

In the coming period, we may see much more activity on the Sun, whose activity will gradually increase until 2025. So what do you think about explosions in the Sun? You can share your opinion with us in the comments section.

Marine Animals Discovered to Eliminate Viruses in the Water