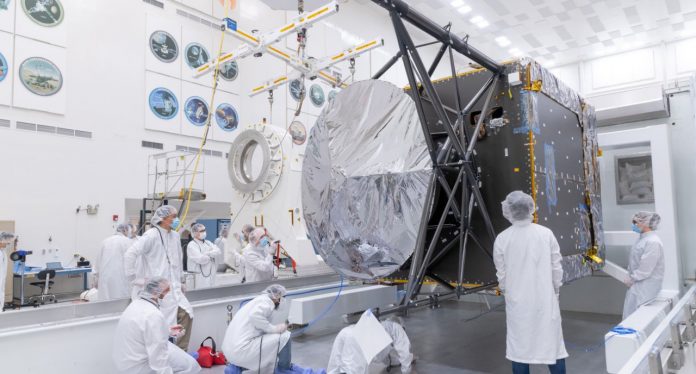 NASA has released a new statement for 16 Psyche asteroids worth 10 quintillion dollars. According to the statement of the space agency, the necessary preparations to reach the asteroid located between Mars and Jupiter have come to an end. Beginning with the final assembly of the reconnaissance probe, NASA plans to launch the probe in 2022 and reach its target by 2026.

16 Psyche asteroids worth more than the earth

In Greek mythology, 16 Psyche asteroids, named after Psyche, who gained immortality despite being a mortal person, have a diameter of 226 kilometers. In addition, according to the researchers, the value of the metals on the asteroid that NASA aims to reach is at the level of 10 quintillion dollars.

Scientists state the 16 Psyche asteroids are the remaining core of the proto-planet, which suffered many blows during the formation of the Solar System. Described as one of the most distinctive bodies of the solar system, the asteroid also draws attention with its resemblance to the earth’s core.

It is stated that the asteroid consists of 90 percent iron, nickel, gold, platinum, copper, cobalt, iridium and redium, some of which are rare metals.

NASA, whose purpose in this mission is to explore the asteroid and analyze the structure of the materials on the surface, states that it cannot bring minerals from the asteroid to the world with today’s technology.

The information released about the astereoid was met with the relevant public. Especially 16 Psyche asteroids, which are considered to be more valuable than the earth, have become a matter of curiosity by many.

It is currently unclear how far the space agency can go with this mission. However, if minerals are brought to the world from the asteroid, it is predicted that getting there could become a race.

What do you think about this exciting mission of NASA? You can share your ideas with us in the comments section.