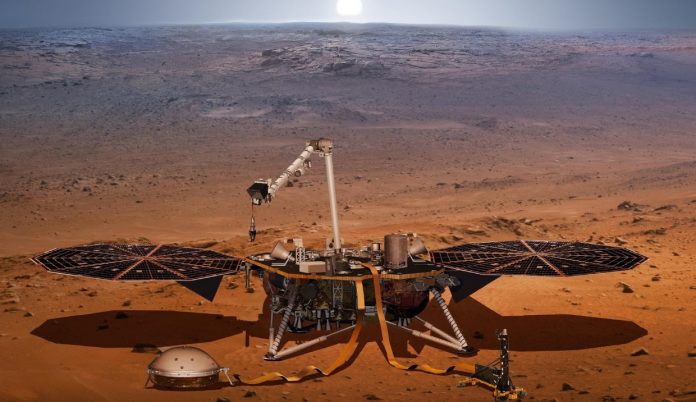 The National Aeronautics and Space Administration (NASA) announced on Thursday that a “mole” on Mars had ceased its mission after landing on the Red Planet about two years ago.

Many attempts by InSight failed

The “mole”, also called the digger, drill and probe, was built by the German Aerospace Center (DLR). Later, the “mole” was deployed as NASA’s InSight vehicle.

Trying to drill a 16-foot hole into the Martian soil to measure the temperature of the Red Planet, InSight failed to continue its mission successfully. The digger drilled 14 inches in the first month of its mission and then got stuck.

After the incident, in October 2019, NASA engineers made a plan to put the digger back on track, using a robotic bucket to help refill an area of ​​14 inches and guide the digger to the next 16-foot dig attempt. However, this scheme did not work.

Having failed for the second time, NASA tried to direct the InSight spacecraft to push the probe with its robotic arm in February 2020. As a result of the plan that didn’t work again, after NASA tried to use the bucket on InSight’s robotic arm once more on January 9, 2021, the probe delivered 500 additional hammer blows without any progress.

After this point, the NASA team announced that it was terminated. Tilman Spohn of DLR expresses the mission in NASA’s announcement as follows; “We’ve given everything we’ve got, but Mars and our hero mole remain incompatible,” he said.

In addition, Spohn noted that work on this probe will benefit future missions, as they have learned a lot about the surface of Mars.

Finally, Thomas Zurbuchen, science director at NASA’s Washington headquarters, said he was proud of the mission’s team and that their work was purposeful.