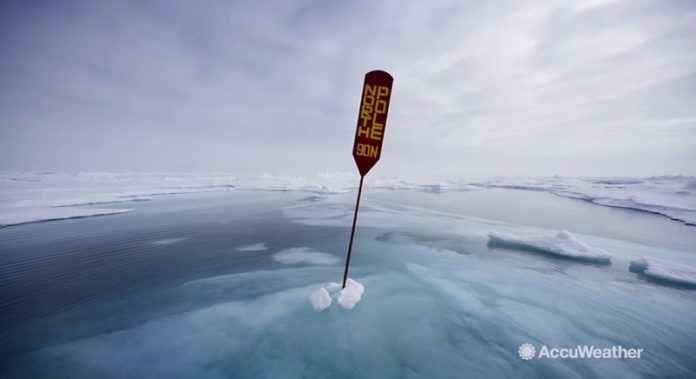 An important step was taken in measuring the methane gas released by the North Pole, which is one of the fastest warming areas of our planet. In 2017, 30,000 square kilometers of area was scanned by NASA and methane gas emission points at the pole were identified. Let’s take a closer look at the data.

Identifying swing points and learning what causes them brings us one step closer to predicting the impact of a region on global climate change. In the North Pole, which is one of the fastest warming regions of our planet, learning more about methane gas emissions is a very important step in climate change.

As the temperature in the world rises, the frozen layer of the soil in the Arctic called ‘permafrost’ begins to thaw, which releases methane and other greenhouse gases into the atmosphere. In particular, it is thought that the release of methane can accelerate warming even further. In order to predict the dimensions of this, it is important to know how much methane is released into the atmosphere and which environmental factors affect when it is released.

An area of ​​30,000 square kilometers was scanned:
However, this task requires a lot of skill. Spread over thousands of square kilometers, most of the pole is not accessible to people. This inaccessibility limits ground observations when considering infrastructure. In addition, satellite observations do not provide enough detail for scientists to identify key models and methane concentrations of small-scale environmental impacts.

In the new study, this challenge was overcome with NASA’s Arctic Fragility Experiment (ABoVE). In 2017, the aircraft equipped with Airborne Infrared Imaging Spectrometry (AVIRIS-NG) equipment managed to detect methane hot spots in an area of ​​approximately 30,000 square kilometers in the Arctic.

Clayton Elder, from NASA, stated that they considered parts above 3,000 ppm as a hot spot between the aircraft sensor and the ground, and as a result of the experiment they detected 2 million hot spots. Looking at the dataset, the researchers also discovered a model. On average, methane gas hotspots concentrate mostly around 40 meters of lakes and streams. When you go beyond 40 meters, the hot spots gradually become sparse and disappear almost completely by 300 meters from the water source.

Scientists who conducted the research state that they do not yet know why 40 meters is a ‘magical number’.

Why Corona and Other Viruses Cannot Resist Hand Wash?