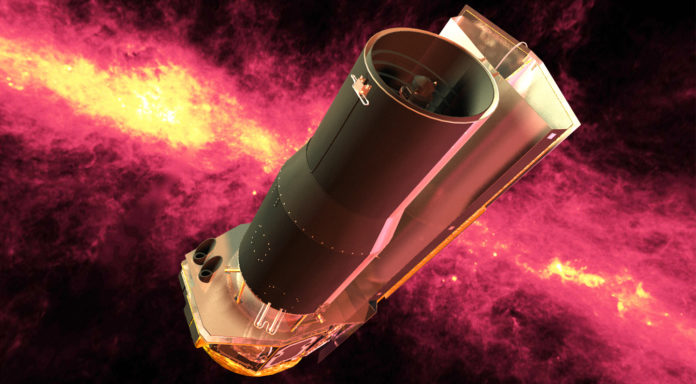 Astrophysicist Farisa Morales at NASA’s Jet Propulsion Laboratory in California, said, “The data type Spitzer provided us was unique. He introduced the universe to us: old, cold and dusty. ”

During his 16 years of work, Spitzer allowed astronomers to travel through time and space, thanks to his infrared ray observation ability. Suzanne Dodd, the former director of the Spitzer Space Telescope mission, said that the cosmic curtain in the universe was lifted thanks to Spitzer.

“Spitzer introduced the universe to us”
The most iconic work of the Spitzer Space Telescope was the detection of seven planets orbiting the star named TRAPPIST-1, which was not among its original duties. Scientists involved in the study found that all seven planets were Earth-sized. The complex orbital movements of the planets were followed to determine the temperature values ​​that would allow water on the planets’ surface.

Mike Werner, a scientist at the Spitzer Space Telescope, says the work at TRAPPIST-1 is the best characterized system outside our own Solar system. The observation study of TRAPPIST-1 caused Spitzer to be recognized by the whole world.

Luisa Rebull, a scientist at the NASA Infrared Science Archive at the University of California Technology, home to the data from the Spitzer Space Telescope, says that the only way to understand how stars are made is to make as many observations as possible and compare the data obtained with each other. says he has to leave. Spitzer gave scientists this chance.

Thanks to the observations made with the infrared telescope, a ring around Saturn was also discovered. The Spitzer Space Telescope has also helped other space missions. In 2005, NASA positioned a vehicle called Deep Impact in space to collide with a comet. Spitzer was also used to observe the collision process of the comet and Deep Impact. “This was our first look at the primitive material buried beneath the outer surface of a comet,” said Mike Werner.

The space telescope did not leave the scientific world a legacy. Thanks to Spitzer, stunning images of the universe were also obtained. Converting infrared universe images acquired by Spitzer into color images was a laborious digital data compilation.

The Spitzer Space Telescope retires on January 30, leaving behind a large data archive. There are still things waiting to be discovered in Spitzer’s data. Luisa Rebull says we will continue to learn from Spitzer’s data for decades.