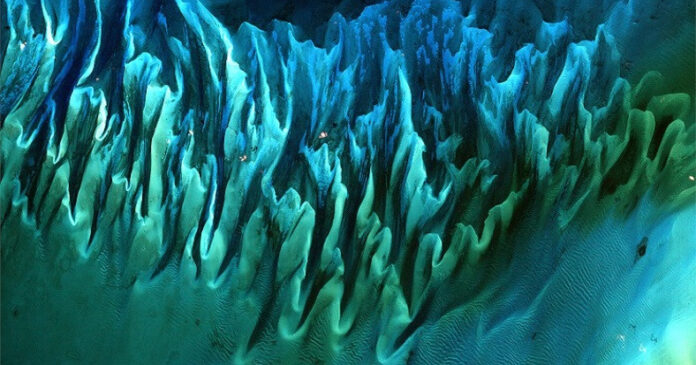 In the World Tournament competition held on the 20th anniversary of NASA’s World Observatory, the best Earth photo taken from the satellite was voted. The eye-catching ocean view shot in the Bahamas became the winner of the contest.

The photo, taken from the Landsat 7 satellite, combines blue and green seaweeds in shallow areas of the ocean with ocean waves. “The tides and ocean currents in the Bahamas shaped the sand and seaweed beds with these multicolored, grooved patterns, as the winds shaped the vast dunes in the Sahara Desert,” the observatory said. 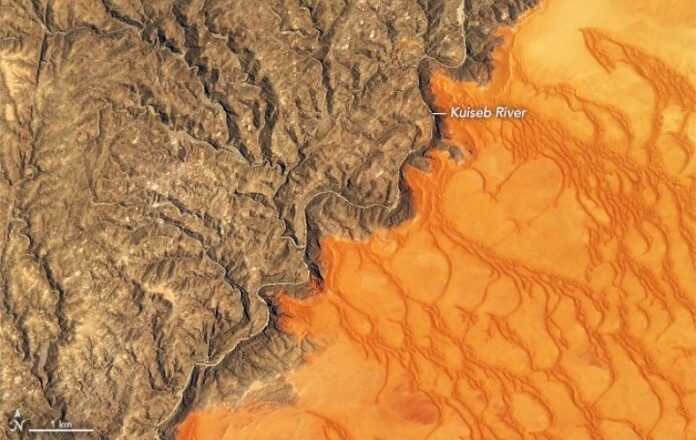 According to the NASA World Observatory, the photo was taken in 2001, and was previously the second in the 10th anniversary photography contest. The photo of the Bahamas left behind the ‘Where the Dunes End’ (below) showing the 26 thousand square kilometers north of the Namib sand dunes of Africa (66), taking 66% of the votes.

Bahamas Tourism Minister Joy Jibrilu said he is very pleased that so many people are connected to the image. The minister added that people who saw the photo received many promises to visit the Bahamas. The first place in photography was welcomed in the country whose economy came to a halt due to the epidemic.

NASA Calls For Car Manufacturers To Help The Moon Project

This Is How Francisca Merino Looks In A Swimsuit At 46

Katie Holmes would stop her boyfriend from getting married

Bells Ring In Bitcoin (BTC): There Are Negative Signals