Home World NASA Announces An Asteroid The Size Of The Eiffel Tower Is Approaching... 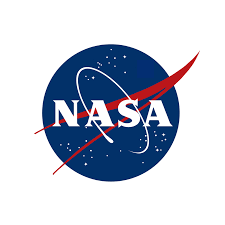 NASA has announced that a meteorite, which it classifies as potentially dangerous and may be larger than the Eiffel Tower, the symbol of Paris, will pass near Earth.
Most of the structures in space are meteorites. These meteorites occasionally pass close to our planet, creating excitement and providing the observers with the opportunity to study.

The last of these objects was an asteroid named 2021 KT1. The meteorite, which will pass its closest position to our planet on June 1, has the potential to be slightly larger than the Eiffel Tower, the symbol of Paris, the capital of France.

It will pass very closely on a cosmic scale

NASA classifies this celestial body as potentially dangerous. When we look at the cosmic scale, 2021 KT1, which will pass very close, will be at a distance of about 7.2 million kilometers when it is at its closest position to Earth. This distance is roughly 19 times the distance between the Earth and the Moon.

It should be noted that the speed of the asteroid is also quite high. The 2021 KT1 has a speed of over 64,300 kilometers per hour. That means it’s about 20 times faster than a bullet fired from a rifle.

Although this asteroid is on a course not to collide with our planet, NASA has classified it as “potentially dangerous.” The reason for this classification is that NASA makes this assessment based on the size of asteroids and their distance from Earth.

One of 26 thousand asteroids

NASA is currently actively tracking about 26,000 asteroids. About a thousand of these asteroids are over a kilometer in diameter. In a statement from the agency’s Center for Near-Earth Object Studies, it was stated that no one should worry about the risk of an asteroid or comet falling.

Still, the possibility of a meteorite hitting our planet in the long run cannot be completely ruled out. Within the scope of NASA’s DART (Double Asteroid Redirection Test) project, studies are being carried out to ensure that any meteorite that could threaten our planet can be removed from being a threat.

Brazil can save millions with SUS through connectivity