Home Entertainment Naruto: Why is Zetsu the most evil character in the series 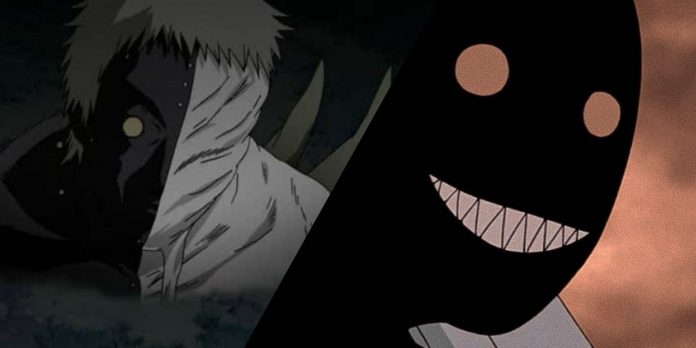 There are a lot of villains in Naruto, and suffice it to say that some of them are absolutely incredible. The villains present in the series have some outstanding traits that make them very attractive. They have their own unique personality and fighting abilities, and these things have been loved by the public.

With so many interesting villains in the series, Naruto was almost never bored. One of the main things by which villains are judged is how evil they are. Many Naruto villains fall into the category of evil and vile, and throughout the series they committed terrible crimes. Usually, when it comes to who is the most evil character in the series, names like Obito, Madara and Kaguya immediately come to mind. But they are not nearly as evil as Zetsu, who is undoubtedly the most sinister character in the series.

The creation of Zetsu is directly related to the defeat of Kaguya Otsutsuki by the hands of her sons, Hagoromo and Hamura. The two brothers sealed it with the help of the Chibaku Tensei of the Six Paths. Despite being sealed, Kaguya did not lose the will to live. Her will manifested itself in the form of a Black Zetsu. Black Zetsu had only one goal — to revive Kagyu Otsutsuki, and to achieve this goal, he was ready to go to any extremes.

After sealing his mother, Hagoromo tried to teach people ningxia and other things. Eventually, Hagoromo had two sons, Indra and Ashura. Indra was the more talented of the two, and everyone expected him to be named as Hagoromo’s successor. However, the Sage of the Six Paths had other ideas. Instead of giving a place to Indra, Hagoromo made Asura his successor. This decision surprised everyone and marked the beginning of a rivalry that will last for centuries and cover the whole world.

Hearing his father’s decision, the prodigal son Indra went to the forest, where the Black Zetsu was waiting for him. He decided that this was the best time to manipulate Indra, and after much persuasion, it worked. Indra decided to go to war with Asura Otsutsuki. Unfortunately for Indra, Asura was not a weakling, and the latter emerged victorious in their battle. Indra retreated and swore revenge on Asura.

Misleading Madara and others

After Indra’s unsuccessful attempt to overthrow his brother, the rivalry between them was passed on to their descendants. Hashirama was the reincarnation of Ashura, and Madara was Indra. In childhood, Madara and Hashirama were close, and soon became best friends. The problems between them started after they founded the Hidden Leaf. People living in the Hidden Leaf didn’t like Madara, and Tobirama’s comments didn’t help the situation either.

This led to Madara leaving the village and leaving to plan the downfall of Hashirama and everyone else. Madara came across the Uchiha Stone Tablet left by Hagoromo, but Black Zetsu interfered with it. When Madara read the sign, he knew what he had to do. He started planning the launch of Infinite Tsukuyomi. Madara’s final fight against Hashirama ended in defeat, but Uchiha managed to get the much-coveted cells of his opponent. So Madara waited until he found a suitable candidate, which happened when he saw Obito.

To corrupt Obito, Madara and Zetsu developed a plan to use Rin. Madara ordered to kidnap Rin and sealed the Three-Tailed in her. They also put a cursed seal on her, because of which the tailed beast will come out as soon as Rin returns to the Hidden Leaf. She was against returning to the village, so she asked Kakashi to kill her, but Kakashi would never do that. While they were fighting the enemies, Obito made his way to them.

When Kakashi released Chidori, Rin threw herself in front of the attack that led to her death. This incident greatly upset Obito, and he vowed to create a world devoid of suffering. Madara knew that Obito was in his hands, and entrusted his mission to the young Uchiha. Eventually, Obito took over the Akatsuki and became responsible for starting the Fourth Great Ninja War.

Responsible for thousands of deaths

In most debates, Madara, Obito and other high-profile characters are associated with the deaths of people, but in fact it was all led by Black Zetsu. He was responsible for causing problems between Indra and Ashura. He then proceeded to manipulate Madara, who had to betray his best friend.

Black Zetsu betrayed Madara at the end of the Fourth Great Ninja War to revive Kaguya. He worked from the shadows, so no one could find out his true motives. Black Zetsu was devoid of any emotions, and this made him ruthless.

The Silence & The Fury Masterfully Closes The Total War saga:...