Home Entertainment Naruto: Why is Jiraiya a bad teacher 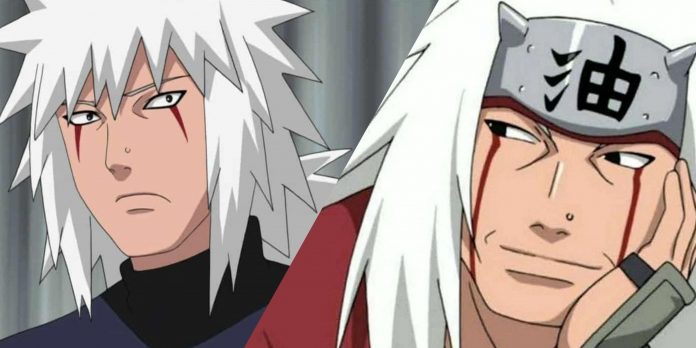 Naruto is one of the most popular senen series of all time. More than two hundred million copies have been sold, and only a few other series have surpassed the sales of this series. The manga has gained popularity thanks to Kishimoto’s writing and incredible artistic style.

Some of the most iconic characters have appeared in the series, which can only be recognized by their silhouettes. One of the most famous characters of Naruto is Jiraiya, who played a key role in the series. His name is often mentioned whenever there is a debate about the best teachers, but is Jiraiya really a great teacher?

One of the greatest

Jiraiya is one of the greatest ninjas of all time. During his brilliant ninja career, Jiraya completed the most missions. He was part of the Legendary Sannin team, one of the greatest teams of all time. Jiraiya was respected throughout the village, and he was even offered the position of Hokage several times, but he rejected this offer. The main reason for this was the prophecy of one of the toads of Mount Meboku.

The Great Sage of the Toad predicted that Jiraiya would be the teacher of the Child of Prophecy, so Jiraiya could not afford to stay in one place. In addition to Naruto, Jiraiya trained many famous ninjas, including such as Minato and Nagato. However, it wasn’t until a member of the Legendary Sannin met Naruto that he really began to believe that the young ninja could change the world.

Introduction and impact on Naruto

Jiraiya was introduced in the first part of the series. He gave the impression of a complete blockhead who was only interested in spying on women using hot springs. After a while, Naruto ran into Jiraiya and asked him to become his mentor, but the eccentric ninja refused him. However, Naruto’s persistence paid off, and Jiraiya took him in. Thanks to Jiraiya’s vast experience, it didn’t take him long to notice how he could improve Naruto as a fighter.

Jiraiya started by teaching Naruto how to improve his chakra control. Jiraiya got rid of the Seal of the Five Elements imposed on Naruto, which prevented the young ninja from using the Nine-Tailed chakra correctly. Jiraiya also taught Naruto how to use Summoning Jutsu, which proved invaluable as Naruto used it against Gaara. Under the tutelage of Jiraiya, Naruto was also able to learn Rasengan, which became one of his most frequently used jutsu.

Leaving the village with Naruto

After Sasuke left the village, Jiraiya took Naruto on a journey to improve his fighting skills. The main goal of their journey was to make Naruto not only a better fighter, but also a better person. They traveled together for three years, and everyone expected Naruto to come back stronger than before, as he trained with one of the greatest ninjas of all time.

During their adventures, Naruto learned about Jiraiya’s philosophy as a ninja and what he considered his ideal world. Jiraiya firmly believed that one day all the wars in the world would end and everyone would be able to live in peace. At that moment, it seemed impossible, considering that Akatsuki created problems for all large villages. However, Naruto was very inspired by Jiraiya, and he also believed in creating a peaceful world. Naruto had definitely grown mentally and emotionally, but his physical strength was still in question.

Where did he fail

During their journey, Jiraiya tried to unleash the power of the Nine-Tails, but it had terrible consequences. Naruto lost control and attacked Jiraiya, who received several serious injuries. This served as a lesson for Jiraiya, who never tried to do such things again. It’s fair to say that for the rest of their journey, they focused on improving the basics.

Compared to teaching Orochimaru and Sasuke, Jiraiya taught Naruto practically nothing. When Sasuke left the village, he was still very weak, but in a short period of training under the guidance of Orochimaru, he became much stronger. Sasuke was able to face various Akatsuki members, while Naruto did not pray against any of the members after returning from training.

Sasuke created various types of jutsu, which allowed him to kill Orochimaru and defeat Deidara. Naruto had to learn most of the new jutsu on his own. He learned how to make Rasensuriken with the help of Kakashi and Yamato. Rasensuriken was several times stronger than the usual Rasengan, as it was impregnated with the Element of Wind and affected the target at the molecular level.

One of Naruto’s biggest boosts before the Fourth Great Ninja War was the Sage Mode. Sage Mode allowed Naruto to defeat the Six Paths of Payne, and without his power, Naruto would not have been able to win. Jiraiya knew about the Sage Mode, but did not teach Naruto how to use it.

Loki Season 2 News and Updates: Everything We Know