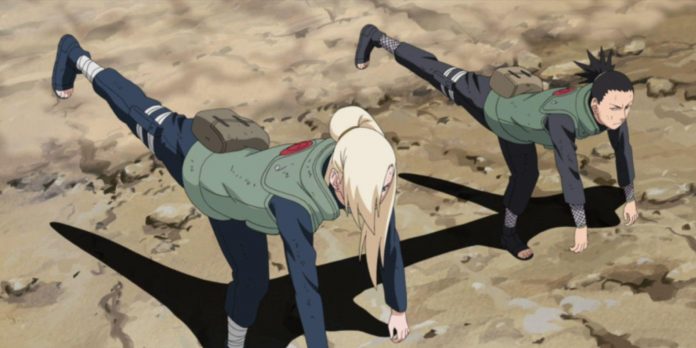 The Nara Clan is one of the most influential families of the Hidden Leaf Village in Naruto, and for generations they have dedicated themselves to protecting it. Its members have a reputation for being extremely intelligent people, and many of them are gifted tacticians. Shikamaru Nara currently holds an important position as Hokage’s assistant, making him one of the most influential people in the village.

In addition to its political and intellectual track record, the Nara clan is known for its skill in manipulating shadows in battle for a variety of purposes. Here’s a breakdown of their apps and how they work.

The Nara Clan uses the Yin Element chakra to manipulate the shadows of both enemies and their own in battle to produce many different effects. The most fundamental of them is the Jutsu of Shadow Possession. By connecting his shadow with the shadow of one or more enemies, the user can paralyze his opponents. The user must also maintain the jutsu while using it, which also restricts his movements. However, experienced users can make their targets mimic their movements, which allows them to indirectly attack their enemies with jutsu. Since it doesn’t directly harm opponents, it also works on enemies like Kara’s Ada, which is immune to almost all attacks. Shikamaru’s son, Shikadai, also used a more advanced version of jutsu, which emits a giant round shadow around itself and captures everything in its path.

Shadow Possession jutsu also has many disadvantages. Firstly, users can only maintain the jutsu for a short time (about five minutes in the case of Shikamaru), because keeping the enemy paralyzed drains a large amount of chakra. This is enhanced when the method is used on multiple targets. Secondly, its radius is limited, and enemies who see an approaching moving shadow can dodge it (Shikamaru found a way to circumvent this weakness by infusing his chakra into the chakra blades). Thirdly, strong enemies can resist its effects to a certain extent or even break out of it. Finally, jutsu can absorb the Kama of members of the Otsutsuki clan, and they cannot be used in complete darkness, because the targets do not cast a shadow.

In addition to Shadow Possession Jutsu, more experienced members of the Nara clan can also use their shadows to attack enemies in various ways. The first of them was the Shadow Strangulation Jutsu. As the name suggests, this technique allows the user to scare enemies with their shadow, and it becomes more effective at close range. Similar to the Shadow Possession Jutsu, which is often used in combination with the Shadow Strangulation Jutsu, depletes a significant amount of chakra.

Shikamaru also used Shadow Stitching Jutsu, which turns a shadow into many sharp tentacles that can both bind and strike opponents. This jutsu is more effective at long distances. As soon as the tentacles hit someone, the Shadow Possession jutsu can be turned on immediately, allowing it to perform multiple functions in combat. Shikamaru’s father, Shikaku, also used an upgraded form of this jutsu called the Black Spider Lily, which can forcibly attract close targets trapped in the jutsu, making them more vulnerable to allied attacks.

However, the Shadow Jutsu of the Nara clan is most effective when used together with allies. Shadow Clutch Jutsu is similar to Shadow Possession jutsu in that it involves merging the user’s shadow with the target to control their movements, but in this case is used to throw and lift them. Shikamaru used this technique to control Choji’s Human Boulder technique like a yo-yo, making it much more accurate than usual.

There is also a Loose Shadow Possession jutsu in which the user combines shadows with an ally. Unlike other forms of jutsu, the ally retains its full range of motion, and this is actually used as a sensory jutsu, allowing the user to sense when his ally comes into contact with enemies. They can then use their ally’s shadow to trap enemies with Shadow Possession jutsu.

The full versatility of the Nara clan’s shadow jutsu sets them apart from the various clans that call Leaf Village their home, which makes them indispensable on the battlefield. As Shikamaru and his son Shikadai continue to be the main characters in Boruto, time will tell if even more shadow jutsu will eventually be revealed.