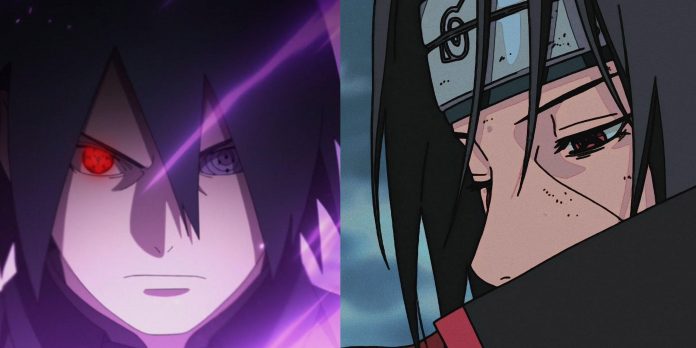 The Uchiha clan is undoubtedly the most famous clan in the entire Naruto series. The clan has a dark history, so other clans were afraid of them. The Uchiha clan, led by Madara Uchiha, has formed an alliance with Hashirama Senju and the Senju clan.

This union laid the foundation for the Hidden Leaf. Unfortunately, because of people like Tobiram Senju and Danzo Shimura, the Uchiha clan was ostracized and then destroyed. When Naruto’s story began, there were only two known Uchiha survivors — Itachi and Sasuke. Itachi joined Akatsuki after slaughtering his entire clan while Sasuke was young and training to defeat Itachi. The two brothers are undoubtedly some of the most talented characters in the series, but who had more potential?

Itachi and his exploits

Itachi was born a child prodigy, and he passed through the Academy without any problems. He was on his way to becoming one of the greatest ninjas of all time. Itachi served in the ANBU and completed several high-profile missions, but none of them was as big and terrible as the task of killing his parents and the rest of the Uchiha clan. Itachi spared only his younger brother, and after completing his mission, Itachi left the village and joined the Akatsuki.

Itachi’s skills were incredible, and it didn’t take him long to get used to Akatsuki. Itachi was paired with Kisame Hoshikage, who greatly respected the former ninja Leaf. Itachi did not participate in many battles because of his mysterious illness, but in the course of history he demonstrated what he is capable of. Itachi was an incredible ninja, with no obvious weaknesses. He owned ninjutsu, bukijutsu, taijutsu and genjutsu. Itachi’s mastery of genjutsu made him a deadly opponent, as he could simply incapacitate an opponent by simply pointing his finger at him. When Orochimaru tried to take over Itachi’s body, the latter defeated him without any effort, which led to the legendary sannin openly declaring that he was not a match for Uchiha. Itachi’s next biggest fight was against his younger brother Sasuke.

Sasuke had a lot of pressure on his shoulders when he was young because he was constantly compared to his very talented older brother. However, the two brothers didn’t let the difference in their skills affect their bond. They were very close to each other, and Itachi always looked out for his younger brother. Unfortunately, everything changed when Itachi was forced to kill his entire clan. At that time, Sasuke could not understand what had happened and was injured for life.

Sasuke grew up hating his older brother for what he did to their parents and the rest of the clan. Sasuke was only focused on getting stronger to defeat Itachi. His biggest challenge before meeting Itachi was Deidara, the youngest member of the Akatsuki. Sasuke’s fight with Deidara was exciting, and Uchiha had to work hard to defeat his opponent. In his last attempt, Deidara decided to blow himself up, but Sasuke’s ingenuity saved him from certain death.

The battle between the two

Itachi vs Sasuke was by no means a close fight. Itachi held back throughout the fight, as he did not want to kill his younger brother. If Itachi wanted to win, Sasuke would have died in a few minutes. Itachi didn’t even use Susanoo until the very end, and after seeing the power of Itachi’s Mangekyo Sharingan, Sasuke felt powerless and completely resigned to his fate.

It took Sasuke a long time to surpass Itachi, and it’s fair to say that it didn’t happen until Hagoromo handed over half of his powers to him. Many people may argue that Sasuke with the Eternal Mangekyu Sharingan was stronger than Itachi, but Itachi was still an excellent fighter with a wide variety of jutsu. It is, of course, a fact that Sasuke received a big amplifier in the form of an Eternal Mangekyo Sharingan, but this does not mean that Sasuke would have emerged victorious.

The fight could have gone either way, since Susanoo Itachi had the Totsuka Blade and the Yata Mirror. Sasuke would have won only by surviving Itachi, and if the latter had no reason to hold back, then he would have done everything possible. When the two brothers fought against Kabuto, it was only thanks to Itachi’s knowledge that they managed to defeat him. This proved that Itachi had other trump cards up his sleeve, and Sasuke couldn’t know about them.

It is implied that Itachi was the more talented of the two brothers. He would have been invincible, but his illness did not allow this to happen. Itachi always had to be careful during the fight, as delaying the fight could affect his chances of winning. Sasuke was not far behind him, and by the end of the series Sasuke was the second strongest ninja in the series, second only to Naruto.