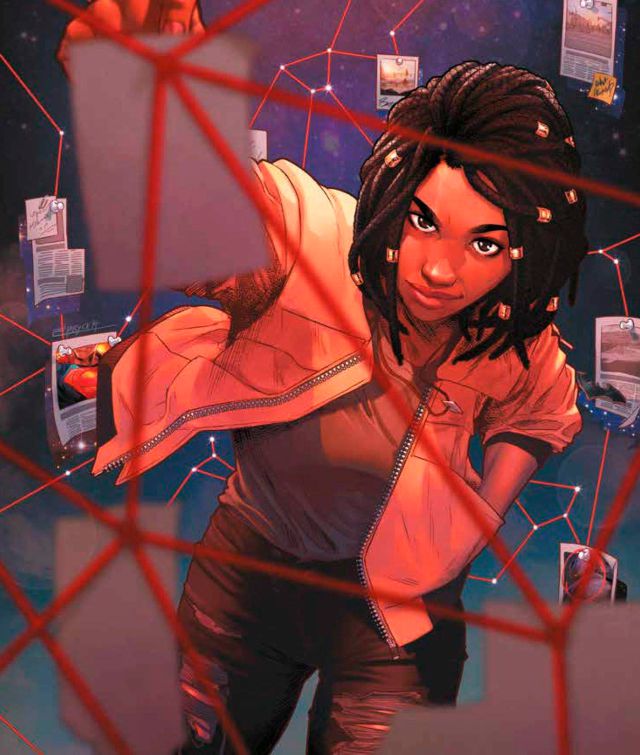 Naomi: The DC FanDome left us the first official trailer and poster of the new The CW series; now, its release date is confirmed with surprise in the advance. Naomi, one of the next DC series as part of the catalog of television adaptations of The CW, was seen in the recent DC FanDome through its first official trailer, with an unreleased footage of just over 1 minute that you can see heading this news and that it left us a surprise at the end of it. Now, its managers confirm its premiere date on the US network, broadcasting from next January 4, 2022, still without an official date for Spain.

This has been shared by its leading actress, Kavi Walfall, through her official accounts on social networks, announcing the final release date of this new series based on the comic of the same name by DC and that will surely give a lot to talk about in the publisher’s television multiverse. And it is that at the end of this same trailer we discover an important nod to the DC universe with Superman flying at full speed above Naomi. What is Superman about? From the already known Superman from The CW? Or another live action incarnation?

Here’s Naomi’s official synopsis: “From Oscar nominee and Emmy winner Ava DuVernay and Jill Blankenship (Arrow), and starring Kaci Walfall (Army Wives, Power, The Lion King on Broadway) in the title role, DC’s drama NAOMI follows the journey of a quiet, confident, comic-book-loving teenage girl as she pursues her hidden destiny. When a supernatural event strikes her small hometown of Port Oswego, Naomi sets out to discover her origins, with a little help from her fiercely loyal best friend Annabelle (Mary-Charles Jones, Kevin can wait). She also has the support of her loving adoptive parents, military veteran Greg (Barry Watson, 7th Heaven, The Loudest Voice) and linguist Jennifer (Mouzam Makkar, The Fix).

After an encounter with Zumbado (Cranston Johnson, Filthy Rich), the mysterious owner of a used car dealership, which leaves her in shock, Naomi turns to a tattoo shop owner, Dee (Alexander Wraith, Orange Is the New Black) , who becomes her reluctant mentor. While unraveling the mystery of herself, Naomi also navigates her high school friendships, both with military boys and local townspeople, including her ex-boyfriend and high school athlete Nathan (Daniel Puig, The System); Annabelle’s longtime loyal boyfriend, Jacob (Aidan Gemme, Deliver Us From Evil); proud little town man Anthony (Will Meyers, Bad Education); and fellow comic book enthusiast Lourdes (Camila Moreno). As Naomi travels to the heights of the Multiverse in search of answers, what she discovers will challenge everything we believe about our heroes.

How to Get Angewomon in Digimon Survive