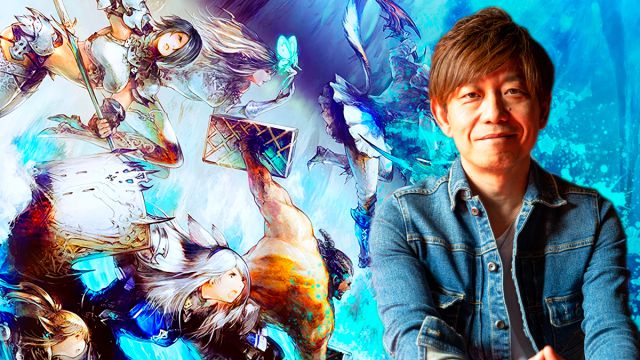 Naoki Yoshida: The beginnings of the director and producer of Final Fantasy XIV and Final Fantasy XVI and how the mmorpg genre has served as a springboard to fame. The story of Naoki Yoshida, director and producer of the successful Final Fantasy XIV mmorpg in its second version and expansions, is perhaps not the most extensive of all that we have brought to this magazine, but it is certainly full of efforts and risky decisions made. by one of the purest hearts in the Japanese video game industry.

The career of the Japanese creative in creating interactive art and leisure has been increasing since his entry into the world, but always from a profile based on anonymity that he always wanted to maintain until he took the helm of the ill-fated Square Enix online video game. With this report we want to review the life of Naoki Yoshida, the man that the company of the last fantasy has entrusted to take the reins of Final Fantasy XVI.

Very little is known about Naoki Yoshida’s private life. Until he took the controls of version 1.0 of Final Fantasy XIV, the director and producer of the same barely showed his face in media and interviews related to the video games in which he had worked. He was hardly known in the world except for a few fans of those games. He rarely reveals his private life, likes him or talks about him in general, although when he does, he usually gives many details.

An example of this is that we know that he loves Gundam, among other things, from an open letter published by him on the Final Fantasy XIV developer blog. The Netflix television series Final Fantasy XIV: Dad of Light was inspired by a great friend of Naoki Yoshida in which the father takes up his relationship with his son — Naoki’s friend — through this online video game. However, Maidy, who was called his adventure partner, died shortly after the premiere of the series. In this letter he commented on how fantastically the two connected the day they met thanks to Gundam and, what’s more, Naoki would like to think that his friend is waiting for him with one of these models under her arm.

He has no middle ground; Either he is too reluctant to air his private life or he collapses with any news opening his heart to the fans. This is one of the reasons why he did not want to appear in any medium until he took control of it in the online title. As he commented in an interview with the well-known youtuber Archipel Caravan and in an interview with RPGSite, he did not see himself capable of doing it due to his ability to get excited about anything.

At 48 years old, this Sapporo citizen has a deep admiration for the world of video games. From an early age he adored the titles published by Hudson Soft. And at 18 he entered his dream company to work on projects for PC Engine such as the Tengai Makyo and Bomberman saga for Nintendo 64 among others. There he dedicated four and a half years of his life until he saw how Hudson lost steam in the world of video games. A clash of thoughts between his boss, who thought this leisure was for young children, and him, who had a very different opinion, ended with Naoki Yoshida leaving the company he loved since childhood.

Monster Hunter Rise: Sunbreak – How to Get Overgrown Hard Bone