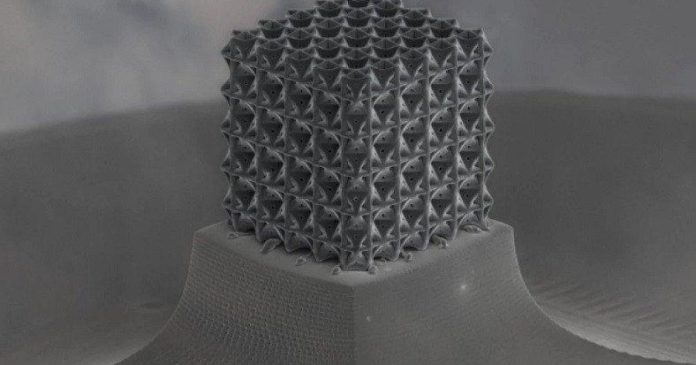 Scientists have managed to create a nanoscale carbon cage that is much stronger and lower than diamonds. The new cage design makes the material much harder and more durable.

Engineers are also trying to turn nature’s offerings into materials that can perform better, making new discoveries for many materials science research. A team from the University of California (UCI) created a nanoscale carbon cage with a much higher strength / density ratio than diamonds.

The new design developed by the UCI research team is a design known as a nano cage. Just like diamonds, these porous structures consist of bonds in a three-dimensional mesh pattern made of carbon, offering an excellent strength / density ratio.

New design provides high power and low density
Nano cages have been based on cylindrical designed structures for many years. UCI researchers managed to achieve a stronger and tougher structure with the new design. “Previous cylindrical designs have not been so efficient in terms of mechanical properties, although they have attracted great attention. This new plate-nano cage class we have created is much stronger and tougher.” said.

While such plate-based nanoframe structures have been theorized to outperform other designs, it’s not that easy to produce. The new design includes a complex 3D printing technique where a laser focuses on ultraviolet light sensitive liquid resin droplets. This process turns the resin into a solid polymer and can then be processed into microscopic plates that are as thin as 160 nanometers.

Nano carbon cage can be used in aviation and space
Small holes in the plates allow the removal of excess resin, then pyrolysis when heated to 900 degrees Celsius in a vacuum for an hour. The carbon nano cage, which emerged according to the team’s experiments, provides an average of 639% better strength and an average of 522% more stiffness than cylindrical beam based architectures. Researchers think that they can use such materials, which can offer high power, low density, in the field of aviation and space.

Nubia Red Magic 5G to be released globally in April with...