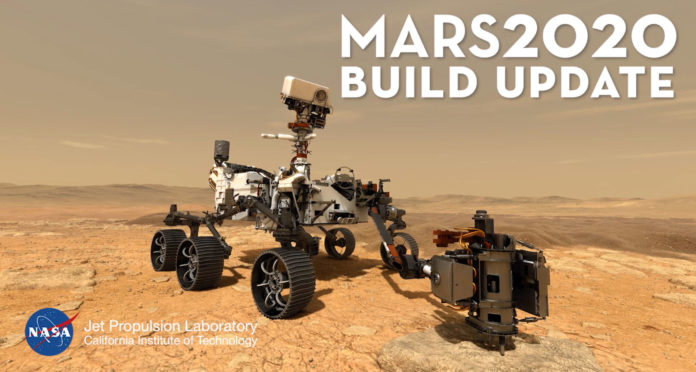 The US National Aeronautics and Space Administration (NASA) Mars 2020 rover finally has a name. The name “Perseverance” (Azim), proposed by a 13-year-old middle school student living in Virginia as a result of the competition held in America, will now live in the barren lands of Mars.

NASA asks the public for the names of its travelers, which it has been using on Mars missions for more than 20 years. For example, the mini traveler Sojourner, who was sent to the Red Planet in 1997, or Curiosity, who landed on Mars in 2012, got their name as a result of these competitions.

The new naming contest, launched on 28 August 2019 for Mars 2020 traveler, was supervised by 4,700 volunteer judges and received over 28,000 suggestions for names. Then, 155 semi-finalists were determined in three different age categories. In the last stage, this number was reduced to 9 as a result of the evaluations made by the expert committee.

At the end of a seven-month period, the winner was Alexander Mather, 13, from Braddock Secondary School, Virginia, under the name “Perseverance”. NASA said that Alexander was not the only contestant to suggest the name in question, but was chosen based on the article he wrote in part.

Having the honor of naming the Mars 2020 traveler, Alexander was invited with his family to participate in the launch of the Mars 2020 mission at Cape Canaveral Air Force Station later this year.

Thomas Zurbuchen, Deputy Director of the Science Mission, said that the name proposed by Alexander fits perfectly with the spirit of discovery. Expressing that the traveler will encounter difficulties and make incredible discoveries like every previous exploration mission, Zurbuchen stated that they are looking forward to seeing the name Alexander gave in Mars.

Video published by NASA on the subject