Home News Nam Yoon-soo describes the similarities and differences with his character from Today’s... 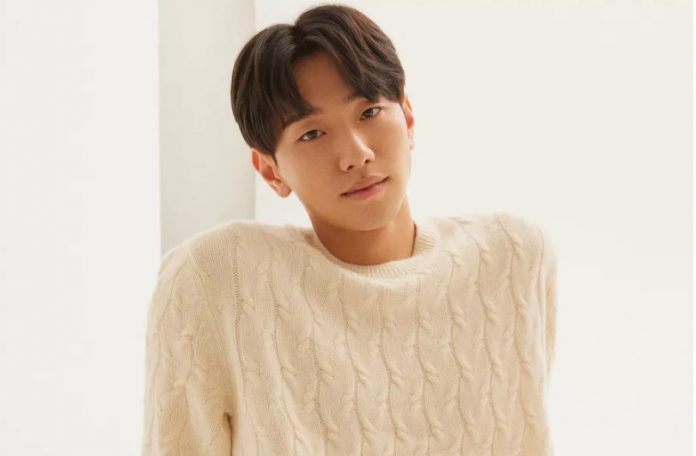 Nam Yoon-soo remembered “Today’s Webtoon” and shared his determination to soon greet the audience with a new character!

The Korean remake of the popular 2016 Japanese TV series “Sleepeeer Hit!” “Today’s Webtoon” takes place against the backdrop of the competitive webtoon industry in South Korea. Kim Sejong plays On Ma Yum, a former judo athlete who joins the editorial staff of the webtoon as a new employee and struggles to become a real editor. On September 17, the finale of the drama aired, the ratings of which increased slightly.

Nam Yoon-soo starred in the drama as Gu Jun-yong, who joined the editorial department of the webtoons along with On Ma-yum. Although the new elite employee has always been the best student with good looks and the ability to speak, he faces an obstacle when he is assigned a job in the abandoned editorial department of Neon Webtoon.

In an interview with Maeil Kyungje, Nam Yoon-soo shared, “I feel like tomorrow I’ll have to put on a backpack and go to work in the editorial department of Neon Webtoon. No matter how hard I shoot, this is a project that really drags on, so on the other hand, I feel both rested and sad at the same time. Just like the editorial department of Neon Webtoon did for Gu Jung Yong in history, this drama helped me grow a lot, so I will remember it for a long time.”

“Today’s Webtoon” was Nam Yoon-soo’s first office drama, about which he shared: “At first I was not familiar with the terms used in the editorial office of the webtoon, so I studied by studying the meaning and etymology of these words. Since this is a drama about healing in the office, there are many characters and many scenes where they appear together in the same space. That’s why I tried my best not to make mistakes and cause inconvenience to my fellow actors and seniors.”

Although Gu Joon Yong starts this new job without showing interest in webtoons, he experiences a sudden growth by working closely with the passionate He Ma Yum. Regarding the change in Gu Jun Yong’s views, Nam Yoon Soo explained, “Firstly, I think the change started with the fact that He Ma Yum was like his biological older sister, who was his only family and the person he could rely on. Subsequently, constantly experiencing the positive and progressive attitude of the editorial team, I believe that his negative feelings became positive.”

On the path of his growth, Goo Joon Yong meets many useful and inspiring characters, including He Ma Yum and their boss. About who played the role of mentor in his own life, Nam Yoon-soo chose the CEO of his agency. He clarified, “From my debut as a model in my teens to my promotion as an actor, who is now in his twenties, my CEO has been by my side at all the important turning points of my life. Even now, fortunately, he is still quietly guiding me.”

When asked about his synchronization level with Gu Jung Yong, Nam Yoon Soo replied, “About 50 percent. His shyness and ability to cheer everyone up when the atmosphere in the team is heating up are very similar to me.”

He continued, “Something else is that when he has feelings for On Ma Yum, Gu Joon Yong shows a passive attitude. If it were me, I would express myself enough so that the interlocutor could recognize my interest.”

Before diving into a new project, Nam Yoon-soo is currently resting. He commented: “I’m one of those people who always likes to try new characters, so I want to try an action project, which I haven’t done before. It would be a novelty to do action [scenes] while playing.”

Nam Yoon Soo concluded: “Today’s webtun has always been a pleasant set. Not only with the editorial department, but also in the scenes with the writers [in the drama] there was great chemistry, so we were happy to shoot, discussing improvisations and the project. Thanks to the viewers who watched with love until the end. In my heart, I will always support those who turn the page in their own “Today’s Webtoon” every day.

Experts: With Biden, incentives and taxes will increase