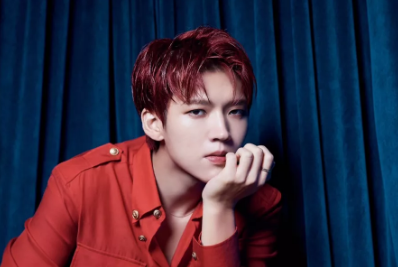 Nam Uhyun from INFINITE has parted ways with his long-time agency Woollim Entertainment.

In an official statement on October 7, Woollim Entertainment announced that Nam Ukhen’s contract with the agency has expired after 14 years of working together. Nam Ukhen is the last INFINITE member to part ways with the agency.

Read their statement below:

Hello, this is Woollim Entertainment.

We want to share our words of gratitude with those who always give the artists of our agency endless love and support.

As of today (October 7), our management contract with INFINITE member Nam Ukhen, with whom we have been for the last 14 years, has expired.

We sincerely thank Nam Ukhen, who has been with us for a long time, and also thank the fans who have always sent us unfailing love.

And in the future, Woollim Entertainment will endlessly support and encourage Nam Uhen, who will welcome you in a variety of fields.

Hello, this is Nam Uhen from INFINITE.

After a sunny spring and a hot and humid summer due to rains, we were unexpectedly overtaken by a rather cold October autumn. Since this is the time of the year when autumn leaves bloom and fall, I am also writing this letter with thoughts about the blooming and falling leaf.

My contract with Woollim Entertainment, which has spent my youth with me for the past 14 years, from adolescence to twenties and thirties, has ended, and now we have decided to support each other in the future.

Now that I’m moving to a new nest from the space that was my second home, which always hugged me and gave me courage, and walked with me, holding my hand, my feelings are a little complicated, and I think so too.” October 2022 will be a bit cool in autumn. Although I am moving away from Woollim Entertainment a little, I want to say that our hearts are always turned to each other. I want to thank you for working hard with my entire Woollim family, who have been with me for the last 14 years, from the very first step I took.

I will repay my many fans who have trusted and loved me so far with various promotions.

Nam Uhyun made his debut as a member of INFINITE in 2010. When INFINITE first extended his contract with Woollim in 2017, Hoya decided to leave after his contract expired. L also left Woollim Entertainment in 2019, but stated that he would continue to be a part of the group. Last year, Songyu, Sonel and Donu parted ways with Woollim after their contract expired. Finally, Seongjong left the agency last January and recently signed a contract with SPK Entertainment.

All the best for Nam Ukhen to move forward!