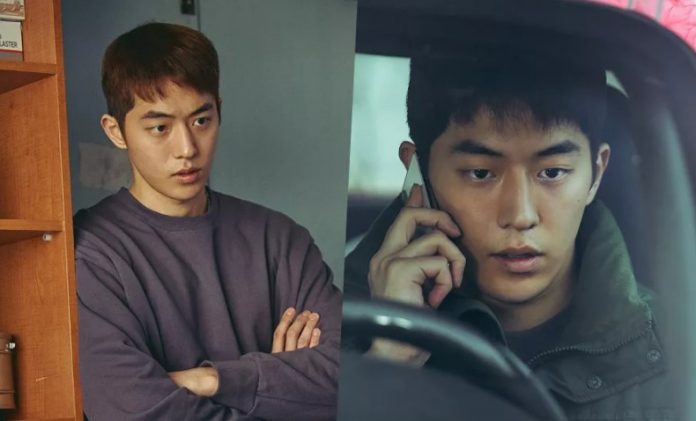 The upcoming film “Remember” tells the story of Pil Joo (Lee Seong-min), an eighty-year-old man with Alzheimer’s disease who lost everything to pro-Japanese groups during the Japanese occupation of Korea and continues to plan his revenge. Nam Joo Hyuk plays In Gyu, a young man in his twenties who works alongside social butterfly Pil Joo at a family restaurant and inadvertently finds himself in his revenge plot.

When Pil Ju offers Ying Gyu a substantial salary in exchange for a one-week trip, Ying Gyu quickly agrees. However, when he drives Pil Ju, Ying Gyu gets caught on a surveillance camera and becomes a suspect. Despite the huge age difference, the two are known in the restaurant for their close friendship, but as soon as they embark on this journey, Pil Joo, whom Ying Gyu knows, becomes only one side of him. Due to a mysterious incident happening in every place he takes Pil Ju to, Ying Gyu is left confused and panicked.

In the role of In Gyu, Nam Joo Hyuk will demonstrate a wide range of emotional changes. As he delves deeper and deeper into the plot of Pil Zhu’s revenge, viewers will be able to understand Ying Gyu’s curiosity when he bombards his colleague with endless questions.

Nam Joo Hyuk noticed: “I was fascinated by the fact that this was a character I hadn’t played until now. The process of expressing various changes of emotions in the situation he inadvertently finds himself in was interesting.” Director Lee Il Hyun added, “[Nam Joo Hyuk] perfectly expressed the character of In Gyu, a typical young man in his twenties, and succeeded in creating a chemistry and friendship between Pil Joo and In Gyu that transcends a generation.”