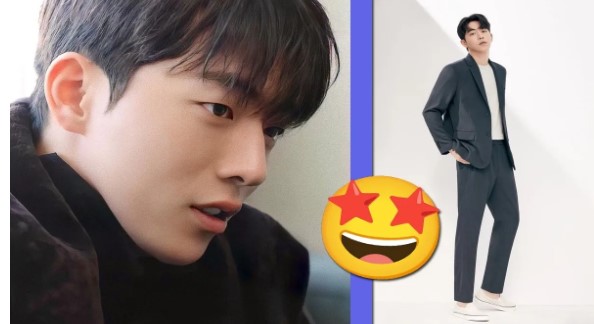 Actor Nam Joo Hyuk has built a successful career in the world of drama, but what would he do if he wasn’t in the entertainment world? Suzy said that she sees him as a successful CEO.

As you probably remember, a long time ago Suzy and Nam Joo Hyuk starred in the drama “Startup”, in which we meet young entrepreneurs who are preparing for their dream business in order to thrive and become a successful company in their field.

The characters of these Korean actors made us see them as persistent, creative boys who have a lot of ideas to bring to life, but also with the dream of becoming directors of their own company.

During the promotion of this K-Drama, they were both asked who could become CEO in real life, but Suzy was sure that her partner should be chosen, can you imagine why?

According to the protagonist of “Unrestrained Lovers”, the actor has everything to become a director of the company, from physical to personal, so he did not hesitate to mention the traits that will help him succeed in this activity.

Suzy thinks Nam Joo Hyuk could be a good CEO because he has the necessary charisma to get close to people and guide them, he also has a sense of leadership, and as if that’s not enough, he’s tall, like most of the characters we see doing this in the movies, drams.

However, when the actress was asked which company or enterprise her partner could run, she replied that it might be a gym, and both burst into uncontrollable laughter.

Although Suzy seemed very confident when talking about the qualities and abilities of her partner, the star of Twenty Five, Twenty One completely disagreed and even said firmly:

I don’t have the qualities of a CEO

He admitted that when it comes to a new project, he prefers to be led by others, so he doesn’t think he will be a good leader.

Also, we told you that Hwang In-ep made a big impression on Ji Chang Wook after “Sounds of Magic”, find out why.

Úrsula Corberó shares what she hates most with social media!