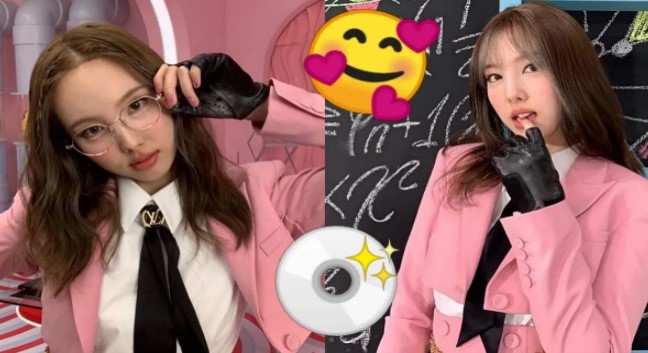 For K-Pop fans, one of the favorite aspects of the band members they follow is that they decide to release a solo album. For this reason, Naen’s possible debut as a solo artist caused a lot of excitement among ONCE.

Nayeon from TWICE can release a mini-album as a solo artist. This is indicated by rumors among the fandom, who have been considering the possibility for several days that the band member has her own album.

Naen is one of the main vocalists of TWICE. Many of her fans are very excited about the prospect of her debut as a solo artist. Although there is still no 100% confirmed information, many do not lose hope.

WHY IS THERE A RUMOR ABOUT A SOLO ALBUM BY NAYEON?

Recently, some fans noticed a mysterious registration of the album on the GTIN (Global Trade Item Number) platform. On this platform, K-Pop companies usually register the products they are going to release, especially future albums.

The reason why fans became suspicious was because JYP Entertainment had registered a new product called: NA/1st Mini Album. Some users may suspect that this is just a mini-album, perhaps the debut of some band JYPNation.

However, some users noted that another K-Pop solo mini-album was copyrighted in a similar way. SM Entertainment has registered Onyu’s second solo album as “ON/2nd Mini Album”. For this reason, they suspect that NA may be the first letters of the name of the person who will release the album.

HAS JYP ENTERTAINMENT COMMENTED ON THE RUMOR?

At the moment, JYP Entertainment has not provided any additional information about the mysterious album registered on the platform. So it’s impossible to confirm whether Naen’s solo debut is a fact. However, ONCE do not lose hope for their album.

If the album becomes a reality, Naen will become the first solo artist TWICE. Which caused a real stir among the fans, ensuring that the album would be very successful on the charts.

Meanwhile, TWICE are preparing to hold their first concert at a stadium in the USA. They will be the first female K-Pop group to do so.