Home Sport Nadal: “There is only one way to do things, which is to... 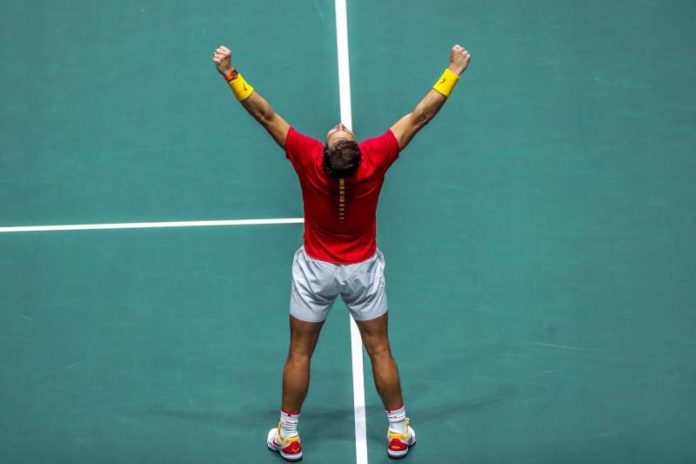 Rafael Nadal said today after the classification of Spain for the semifinals of the Davis Cup that when the games get complicated, as happened before Argentina, the only way to get them through is to “go step by step”.

Nadal and Marcel Granollers won at the definitive point of doubles the Argentines Leonardo Mayer and Máximo González by 6-4, 4-6 and 6-3 after two hours and 24 minutes of the match.

Before Pablo Carreño had lost to Guido Pella and Nadal had imposed himself on Diego Schwartzman.

“At the end of the second set Guido began to take off in an incredible way. In that situation there is only one way of doing things, which is to go step by step. In the doubles everything was decided on a few balls,” Nadal summarized in a brief Press conference.

“It’s a great victory, now it’s time to enjoy and rest,” he added.

On his communion with the public of the Magic Box of Madrid, the world number one indicated that “there are times when things get complicated and it is essential to engage people.”

“People always respond, but you also have to help her, and more at this time of the morning. The fans are unbeatable,” he said.

Nadal stressed that today’s victory was “for Roberto and his loved ones, who are experiencing difficult times.”

Roberto Bautista, who played the first day, then had to leave Madrid for the death of his father.

“He is a very strong person and even in this situation he has been encouraging us at all times,” Nadal said.

See Also
Federer beats Berrettini and aspires to the semifinals

Captain Sergi Bruguera said that it is “a pleasure” for him to have a team of players with such professionalism.

“When I had to leave one out, everyone has responded. It’s nice to work with them,” he said.

On the players who will play the semifinal on Saturday against Britain, Bruguera said he manages “all the possibilities” for the individuals.

“Marcel himself is also an option. I trust everyone, then we’ll see who has to play. Let’s also see who plays on the other side. Feliciano (López) is also a good option,” he said.