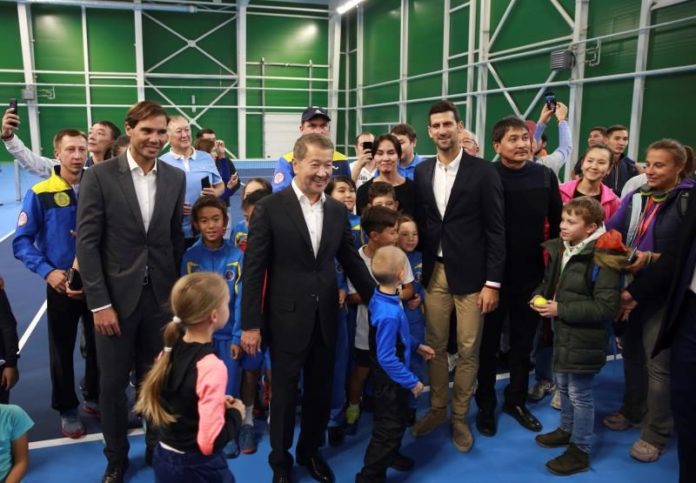 The current two best rackets in the world, the Spanish Rafael Nadal and the Serbian Novak Djokovic, together with the president of the Tennis Federation of Kazakhstan, Bulat Utemuratov, inaugurated this Thursday the new Tennis Center of the Kazakh capital.

Nadal and Djokovic, who will be measured today in a charity match to help disadvantaged children and adolescents, participated in the inaugural ceremony as guests of honor.

The tennis players, accompanied by the president of the Kazakh Federation, toured the brand new facilities, including 13 tennis courts, 8 of them covered, one for beach tennis, two gyms, classrooms for theoretical classes and two cafeterias.

The nearly 200 children and young people who practice in the center received with shouts and applause Nadal and Djokovic, who gladly photographed themselves with future Kazakh tennis players.

After visiting the center, Nadal and Djokovic, went to a meeting with Kazakh President Kasim-Yomart Tókayev.

It is also expected that the two stars of world tennis will be received by the country’s first president, Nursultán Nazábayev, who holds the title of Elbasy (leader of the nation) and in whose honor he is currently called the Kazakh capital.