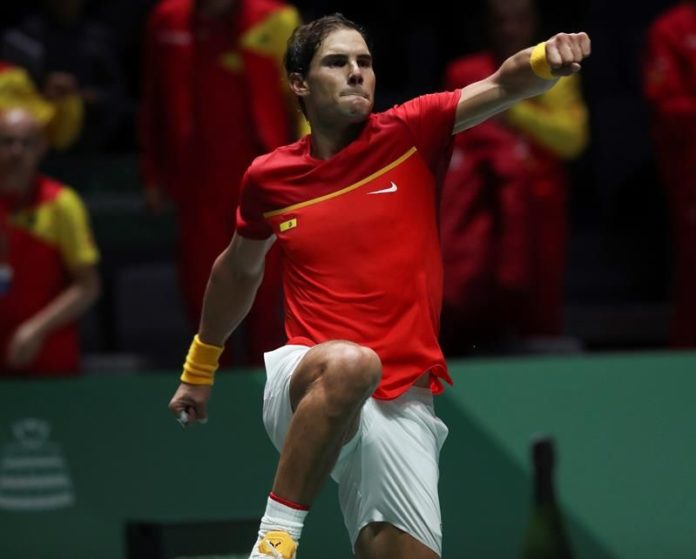 Rafael Nadal, number one in the world, said that the Davis Cup they are playing in Madrid is “exciting”, although he admitted that with this new format the players are “in danger at all times and there is great pressure.”

The new competition format, compressed and with three matches in the morning and another three in the evening in its group stage, has caused series like the one in Spain to end after dawn.

“I already predicted it when I saw the format. The question would be, perhaps, even if it is an early bird, to start sooner. It would be logical and we would do it at 16.30 or 17.00. Most people are not aware that a player, with the adrenaline , the recovery and attention to the press lengthens after a long time to go to rest, “he said.

“Our doubles players, if they finish at two in the morning, it is practically impossible for them to go to sleep before 04.30. It is a reality and when I realized the format I predicted it because the matches are tight and difficult,” he said. Nadal, who also recognized that these schedules are a handicap for the public.

“For people tomorrow is a work day and for the players the only advantage of playing on this surface is to have the whole audience supporting and putting pressure to help us earn points, but it is not time to complain,” he said.

Still, Rafa Nadal declared that he “likes” this new competition format, although he admitted that “it has just begun.”

“It is an exciting competition. We are in a format that you are facing danger at all times. Now, a doubles count 33 percent and before it was 20. At the minimum error you go outside, because you are with a very large pressure,” he said. .

“When things are matched so much it is more dangerous for the teams that have a better team, because it is easy to lose a match in this competition,” he concluded.

Nadal played the second game of the Spanish series against Russia and won the Russian Karen Khachanov 6-3 and 7-6 (7) in 2 hours and 20 minutes.

“I got very well throughout the game, but it is the first day in very different conditions than what I was playing in recent times. For me it is a victory of great value. Just as I was all I had to do was win and it has been achieved, “Nadal said at a press conference.

The Mallorcan tennis player revealed that he planned to play the doubles match with Feliciano López as a couple, but the team’s captain, Sergi Bruguera, decided to replace him with Marcel Granollers.

“It was a possibility. I thought I was going to play double, but I came to the locker room and Sergi Bruguera had another idea that explained it to me, I understood it and I am dead with it. It has been a logical and forceful explanation, and really I trust those who play, “he confessed.