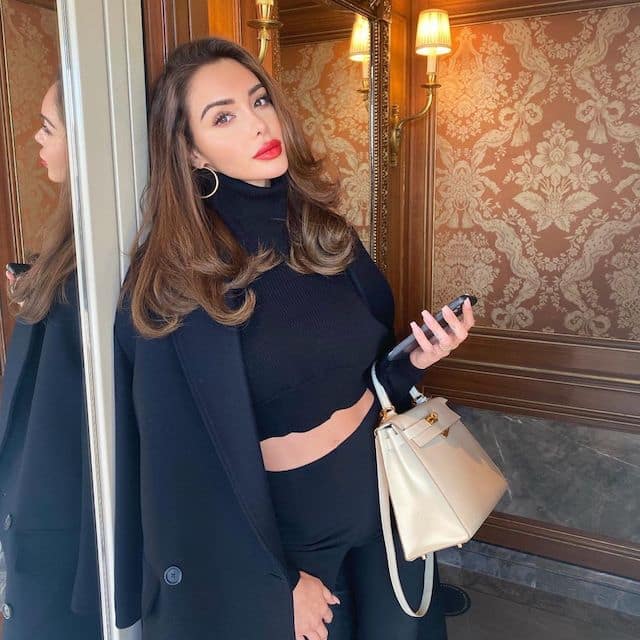 On social networks, Nabilla explained that a fan had bought lots of nice gifts for her little boy Milann. She is touched!

Years ago, Nabilla managed to make herself known thanks to her entry into TV. Followed by millions of people, it has come a long way since then. The young woman is married and the mother of a little boy named Milann.

Since Milann’s birth over a year ago, Nabilla fans have found that she has changed a lot. Indeed, Thomas Vergara’s wife seems more calm. But also mature since the arrival of her adorable baby.

Now Nabilla fans are very happy to be able to follow the development of her little boy Milann. Thanks to the photos and videos of the pretty brunette they are lucky to see him grow up day by day.

Some fans even have little attentions towards Milann. In any case, this is what the young woman showed on social media. For a few days, she left her suitcases in France. And more precisely in Paris.

The beautiful is staying in the luxury hotel George V. A fan then left a gift for Milann at the reception. And the least we can say is that the mom seemed really touched by this gift.

Nabilla said, “It’s lovely. There is a person who left this this morning at the reception of my hotel with toys for my son. Lots of stuff in fact. I do not know what to say. Ohh it’s Justine “.

Nabilla also added, “Sweet thank you sweetheart. That’s too nice. There are so many people who are too adorable. Thank you thank you 1000 times. It’s great “. Pretty words that are sure to please the fan.

See Also
Nabilla unrecognizable with a long square on Instagram!

The fan, named Justine, therefore offered books but also small games to Milann. Nabilla took advantage of the books to teach her little boy about animals. And the least we can say is that he melted the web.

Indeed, seeing a dog, he confided: “Tita! “. It’s actually Pita, the little Jack Russel of the family. On social networks, the fan of the reality TV candidate left him a little note.

The fan wrote: “Hope the little gifts make Milann happy. Kisses I love you so much. Thank you for my life ”. The mother then wanted to answer him on the social network.

With a lot of love, Nabilla said: “Thank you very much my dear”. For years, Justine has been a huge fan of the Love Island presenter. On social networks, she unveiled her many photos with her!