Home Celebrity Nabilla: Hermes defends it in the Valentine’s bag! 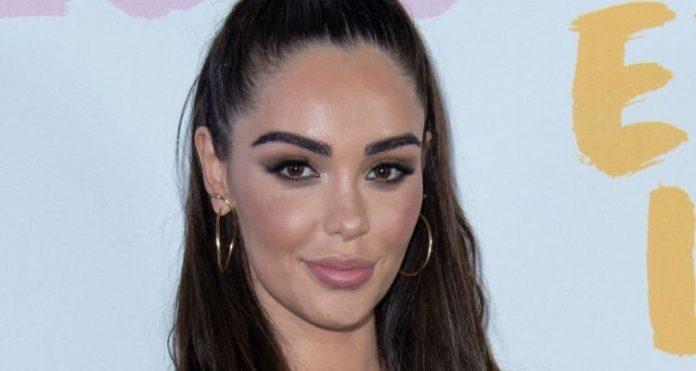 For Valentine’s Day, Thomas Vergara takes Nabilla to Paris. But his gift, a Hermès bag, is controversial on the Internet given the price.

For Valentine’s Day, Thomas Vergara did not do things by halves. He takes his wife, Nabilla, to the most romantic city in the world: I named Paris. And there are many surprises during this short weekend in the capital. But the Hermès bag does not fit.

It must be said that Paris rhymes with love. Everything is beautiful in this charming city. So, to amaze his sweetheart, he takes her on a riverboat ride on the Seine. Obviously, the couple passes in front of the Eiffel Tower, something to please the young woman.

But Thomas doesn’t stop there. He doesn’t matter to his wife. To please her, he invites her to a sumptuous palace in Paris: the George V. The same hotel that Iris Mittenaere had booked a short time before for a very romantic evening.

There, a starred chef treats them for the evening dinner. Obviously, as the restaurants are not open, dinner is served in the room or rather the suite. The couple had fun during these few days. Nabilla even had masseurs come to the hotel.

In short, everything was perfect. But Thomas likes to pamper his wife. So Valentine’s Day wouldn’t be perfect without a little extra gift. Her husband knows Nabilla’s love for bags. So he gives her a Hermès bag for the occasion.

NABILLA: THE POLEMIC AROUND HER BAG

But this gift ignites the Web. The reason ? His price. Indeed, this little gem costs more than 60,000 euros. A gift that many Internet users find indecent. So, on the set of TPMP, the chroniclers debate this new controversy around Nabilla.

Opinions are rather divided. Géraldine Maillet wonders if this is not a gift from the brand. “The Hermès house does a lot of product placements with young influencers today. They are looking to rejuvenate the brand, Nabilla is an influencer who is very followed. So I wish I could be sure he paid ”

On the other hand, another chronicler certifies that Hermès never gives a gift. Another said “not to understand the controversy”. For him, Nabilla and Thomas are followed by millions of people, they earn a lot of money and so why go without.

A debate which therefore divides. In any case, Nabilla’s agent, Magalie Berdah was sending an SMS to Cyril Hanouna to answer the question of payment. “Thomas paid for the bag without any reduction. “An answer that does not prompt a comment.

So if that doesn’t please, the couple doesn’t care. However, they will not deprive themselves. Nabilla has always said: she lives for herself and not for others whether it likes it or not. Those who do not appreciate their lifestyle are free to stop following it.