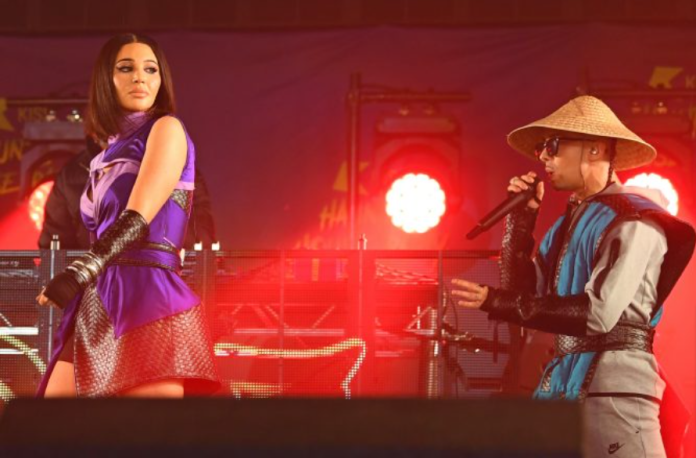 Last night (November 22), N-Dubz postponed their performance in Nottingham five minutes after they were supposed to take the stage.

The London-based band, which includes Dappy, Fazer and Tulisa, were due to perform at the city’s Motorpoint Arena as part of their current UK tour, which marks their first performance together in 11 years.

Sharing a statement yesterday at 21:12, a representative of the venue announced that N-Dubz would not perform as planned, “due to the artist’s illness.” The concert will be postponed to a later date.

“We understand the disappointment and inconvenience caused by this belated announcement,” the statement said. “Full information will be available tomorrow (November 23) on official channels.”

According to Nottinghamshire Live, N-Dubz postponed the performance five minutes later than the scheduled performance time. They say that their opening act was already over when the news reached the fans.

Participants were notified via a message that was displayed on large screens in the arena.

IMPORTANT ❗️ We are very sorry to announce that due to artist illness, tonight’s performance has been postponed & will be rescheduled. We understand the frustration & inconvenience caused by this late announcement. Full info will be available tomorrow from official channels pic.twitter.com/Yl6gZ7Dpng

N-Dubz then shared a tweet at 22:30 to apologize. “We are very sorry that we had to cancel today’s show,” they wrote. “We tried to do everything possible to make the show take place, but at the very last moment the doctor said that Dappy could not perform and she needed to rest tonight…

“We had to take this advice seriously and think about Dappy’s health so we could do the rest of the tour, which has been amazing so far.”

They added: “We deeply apologize to all the fans who came to see us tonight and promise to fix it with a new rescheduled show date.”

N-Dubz also confirmed that the rest of their current tour will go ahead as planned. The band is due to perform at The O2 in London tonight (November 23) before further performances next week and early December.

The O2 Arena show tomorrow (November 23rd) and the rest of the tour will still be going ahead. We will make a further statement after Dappy has seen the doctor again tomorrow morning

We had to take this advice seriously and consider Dappy’s health so that the rest of the tour can happen, which has so far has been amazing.

We’re deeply sorry to all the fans who travelled to see us tonight and promise to make it up to you with a new rescheduled date for the show.

Since then, some fans have taken to social media to express their disappointment over the last-minute cancellation.

“IMAGINE sitting in the arena for almost 2 HOURS so that [N-Dubz] postponed the performance for 5 minutes after they were supposed to go on stage,” one of the participants wrote. “This show could have been postponed hours ago if Dappy was unwell. Absolutely terrible.”

Another Twitter user said the “cancellation so late” was a “completely unreasonable” move.

A third person said, “They’re opening up and then waiting until 21:05 to turn on the lights and tell us the concert is canceled. You could have told us three hours ago when Dappy put it all up on Insta. Furious. Disgusting attitude towards a paid client.”

You can see these posts below.

IMAGINE you’re sat in the arena for almost 2 HOURS, for @ndubz to postpone the show 5 minutes after they’re supposed to be on stage.

This show could’ve been postponed HOURS ago if Dappy was unwell.

Fucking joke. They play the support act and then wait until 9.05pm to put the lights on and tell us its cancelled. Could have told us 3 hours ago when Dappy plastered it all over insta. Livid. disgusting way to treat paying customers @ndubz @nottinghamarena #ndubz #NdubzTour22 pic.twitter.com/gnCOw3TidZ

Last night, Dappy wrote to TikTok that he was not feeling well. “It always happens,” he explained.

“Too many concerts in a row without breaks, now I’m in complete shit. The voice is practically gone, flu, chest infection, etc., etc.”

N-Dubz announced their reunion back in May, sharing the new single “Charmer” and detailing their current tour.