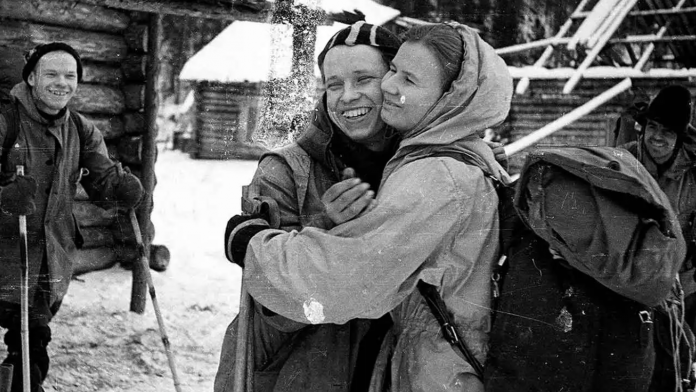 We take a closer look at the Dyatlov Pass disaster, one of the greatest mysteries of the 20th century. What caused the death of 9 university students?

Humanity has witnessed hundreds of interesting and inexplicable events throughout history. While we are only observers of some of them, we have been directly at the center of some of them. Dyatlov Pass is one of these events. What caused the death of 9 students on a cold winter night at the foot of the Ural Mountains?

In this article, we focus on the Dyatlov Pass event, which even today’s technology is insufficient to explain. This disaster has the title of being one of the most mysterious events not only in Soviet history but also in the history of the whole world. A group of young people, who were planning to spend the winter vacation both researching and having fun, never went back the way they started.

What is the Dyatlov Provisional Case?

On January 23, 1959, 10 university students who were curious about mountaineering took a trip to the Ural mountains. The plan was to proceed with the pre-drawn route and then return. The names of the students on the team were:

The name of the event comes from the surname of team leader Igor Dyatlov. 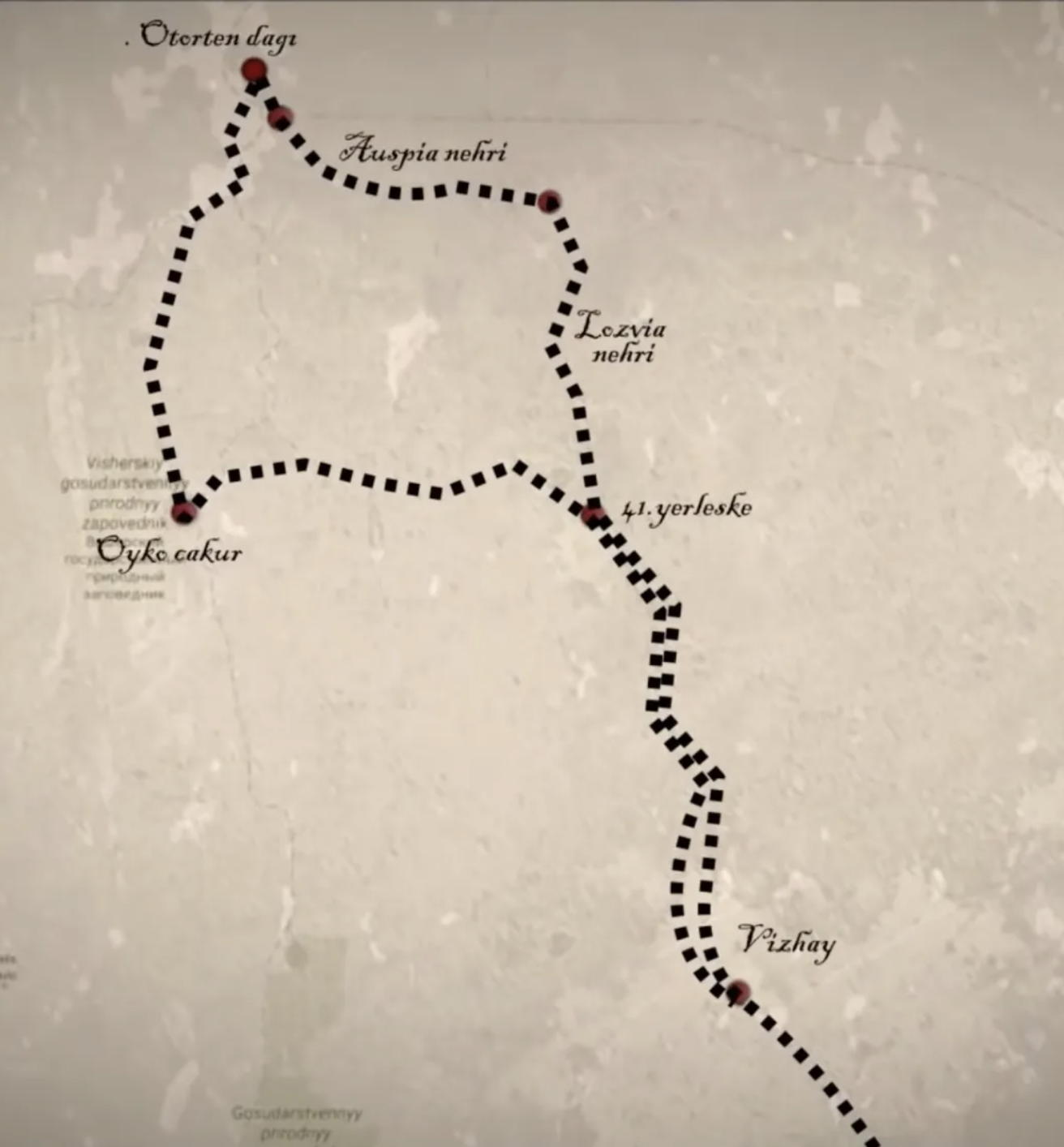 On January 27, 1959, the team begins their research/excursion route from campus 41. However, because Yuri Yudin is ill, he wants to leave his friends and stay in the compound. For his friends, however, things don’t go as planned. The suddenly worsening weather conditions slow the group down. Realizing that they cannot withstand the harsh conditions any longer, the team sets up camp on the Kholat Syakl mountain on February 1. Syakl, or Death Mountain in its translation from the native Mansi language, becomes the last point of the students.

Even the way they died was different

Unable to hear from the students, their families and university officials demand that a search and rescue group be sent from Moscow. The group first finds the team’s tent on February 26. Later, the bodies of Doroshenko and Krivonishchenko were found frozen from the cold under a tree at a distance of 1.5 kilometers. Then, within a radius of 500 meters from the tent, the bodies of Dyatlov, Slobodin and Kolmogorova are found. It seems that the students died from hypothermia. 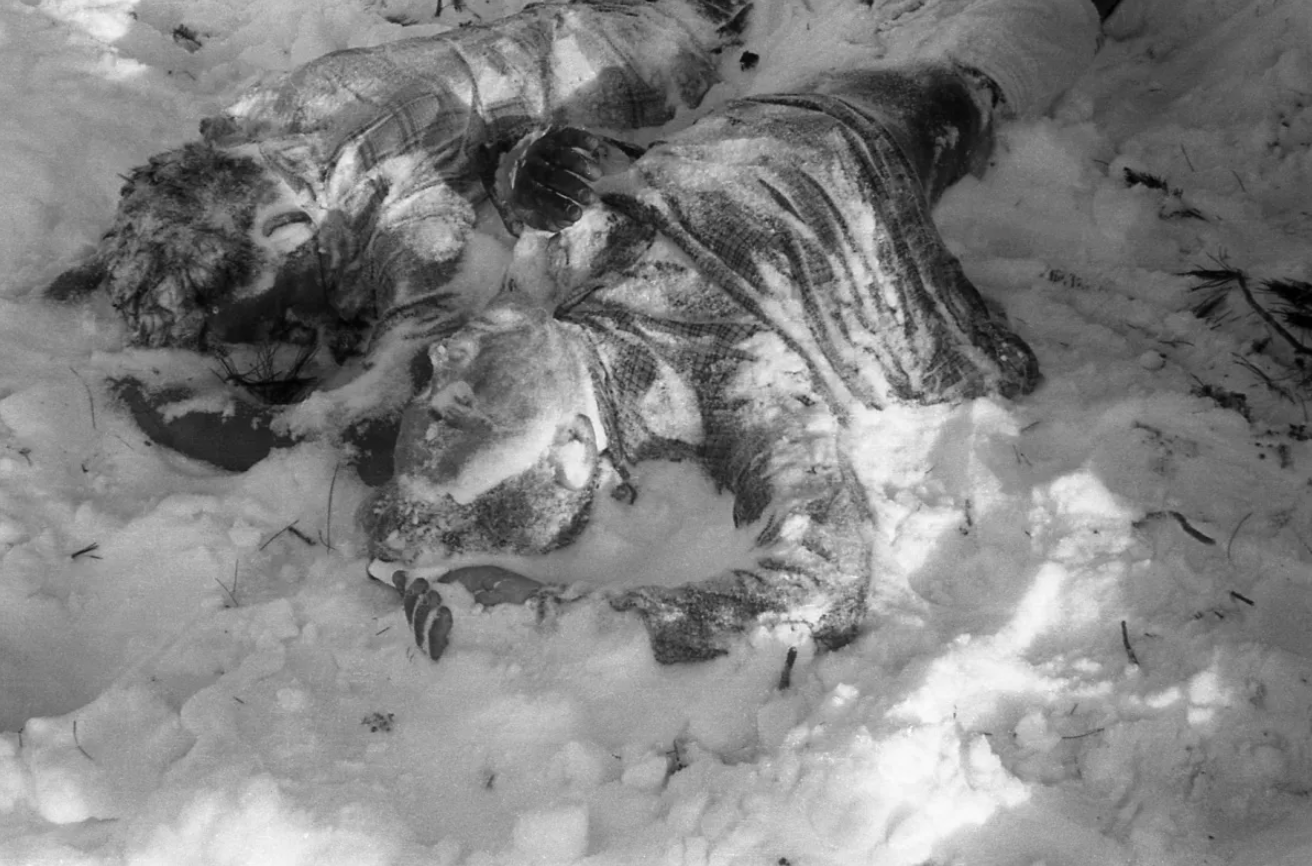 The other 4 bodies were found 2 months later. But of them only Kolevatov died of hypothermia. Dubinina and Zolotaryov had broken ribs. Thibeaux-Brignolle had severe skull fractures. In addition to all this, Zolotaryov had no eyes, and Dubinina had neither eyes nor tongue. In addition, traces of radioactive substances in large quantities were found on the clothes of Dubinina and Kolevatov.

What was the cause of the Dyatlov Pass disaster?

Many conspiracy theories have been put forward regarding the Dyatlov Pass disaster. Soviet nuclear experiments, execution by KGB, native Mansi people, teleportation, attack by Bigfoot or werewolves, traitor among them… But only 2 of these claims have been scientifically proven. These are the layer avalanche theory and the katabatic wind theory.

Layer avalanches are a rare but very dangerous type of avalanche. This thick and heavy snow layer starts to accumulate on the thinner and less frequent layer. Therefore, as time passes, the thin layer cannot bear the weight and breaks, causing an avalanche.

Although most scientists support this theory, the theory has some gaps in itself. The biggest question that the theory struggled to explain was whether high amounts of traces of radioactive material were found on Dubinina and Kolevatov’s clothing. In addition, the fact that the mountaineering equipment remained intact in the photographs taken on February 1 and 26 is one of the questions of the theory waiting to be answered.

The katabatic wind theory was put forward by the Swedish archaeologist Richard Holmgren. Holmgren arrived at this evidence by traveling the group’s route to Dyatlov Pass in 2019. Katabatic winds blow from top to bottom along the mountain slope. This time, the wind, which is accelerated and strengthened by the effect of gravity, creates a hurricane-like effect. 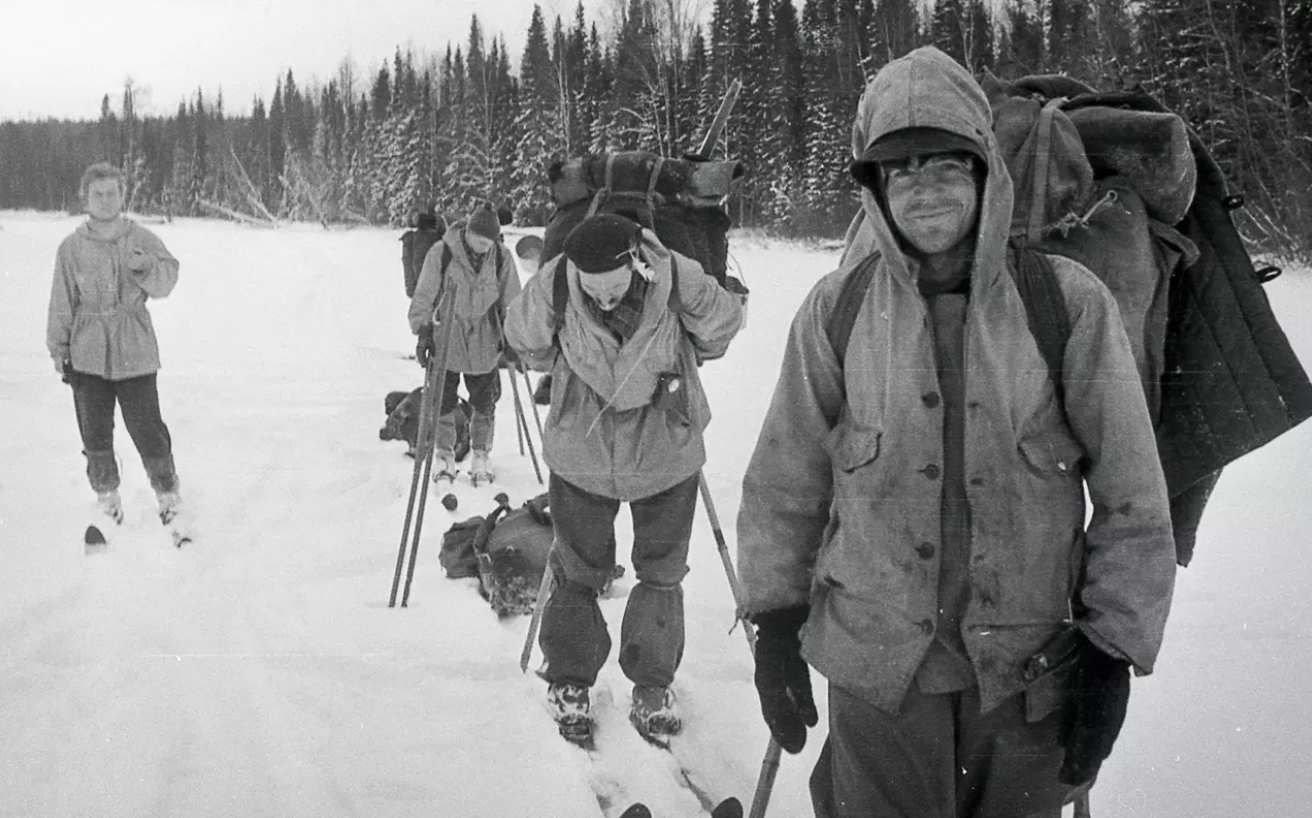 Noticing the start of the katabatic wind, the group probably tried to leave the tent hastily. The entire crew was found naked or in light clothing, as the clothing and equipment were icy cold. This theory also falls short of explaining the cause of radiation. But it also supports the layer avalanche theory. For an avalanche to occur, there must be a katabatic wind.

How did events unfold that night?

Some researchers made a prediction about how the night went by considering the theories mentioned. Allegedly, the team, scared after the first avalanche, cut the tent from the inside and immediately walked towards the forest area. Here Dubinina, Kolevatov, Zolotaryov, and Thibeaux-Brignolle, whose clothes were relatively thick, went into the forest to find dry wood.

A long realizing that he did not return after a while, Dyatlov, Slobodin and Kolmogorova went back to the tent and set out to buy equipment. But due to the cold, both them and Doroshenko and Krivonichenko, who were waiting under the tree, froze to death from the cold. Dubinina, Kolevatov, Zolotaryov, and Thibeaux-Brignolle were a long way off. They wanted to dig a hole in the ground and spend the night there. But due to the wind, the snow layer on them collapsed and closed the hole.

So what do you think caused 9 university deaths that night? You can share your views with us in the comments section.