Home Tech The Mystery Behind the Death of 2,600-Year-Old Mummy Takabuti Revealed 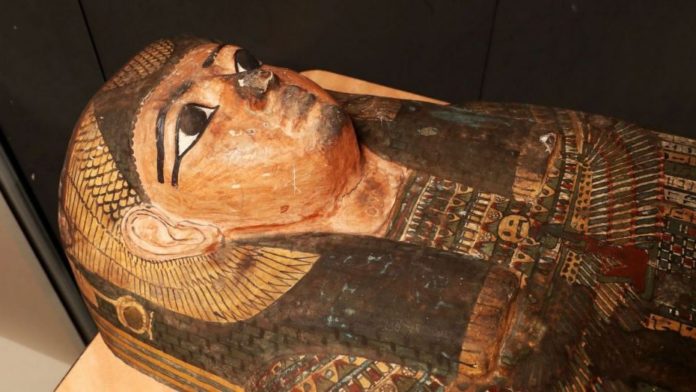 The mystery behind the death of the 2,600-year-old mummy Takabuti from ancient Egypt has been resolved. The researchers determined that the cause of death was a knife attack after their work on the mummy.

Scientists unearthed the mystery behind Takabuti’s death, thought to be an elite woman with curly auburn hair living in Thebes city in Ancient Egypt, where today’s Luxor is located, 2,600 years ago. According to a statement from the University of Manchester, 20-year-old Takabuti was stabbed to death.

A team of experts from the National Museums NI, Manchester University, Queen’s University, Belfast and Kingsbridge Private Hospital used x-ray scanners, CT scans, carbon testing and hair analysis to learn the secrets of Takabuti. It was determined that Takabuti had 33 teeth instead of the standard 32 and an extra vertebra, which is found in 0.02 percent of all people.

Takabuti was brought to Ireland in 1834 and opened for the first time the following year. The cause of the death of the mummy has not been known ever since, it has kept its mystery. The scans show that the cause of death was stabbing from the left shoulder. After nearly 200 years of research, the researchers found Takabuti’s heart shrunken and scattered deep in the chest.

“This study, which examined an ancient Egyptian mummy using the latest scientific analysis, shows how a new knowledge could be exposed even thousands of years after a person’s death. was in a unique position that provided the technology. ” commented.

Takabuti is displayed free of charge to visitors of the Ulster Museum in Northern Ireland. Studies on the mummy are expected to shed light on the history of Ancient Egypt.