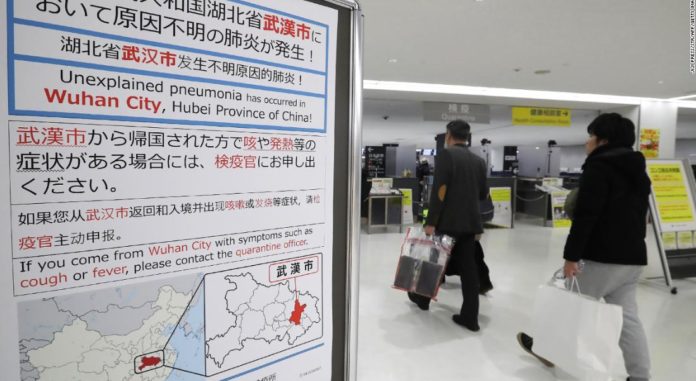 The deadly pneumonia virus emerging in China continues to spread. Officials of the city of Wuhan announced that 17 more patients were infected with the virus. 2 people have died from the virus so far.

A deadly pneumonia virus continues to spread in Wuhan, the center of the Hubei province of the People’s Republic of China. According to the latest information given by the authorities, 17 more viruses were detected. While the number of people affected by the new virus called “2019-nCov” has increased to 62 in total, the number of people who died of pneumonia is 2 so far.

However, Imperial College London argues that the real numbers are much higher. Allegedly, the total number of cases until January 12 is around 1723. This is 35 times the number given by city officials. Imperial College London states that it reached these numbers with a statistical estimate of the spread of the virus. The virus is said to have first spread from the seafood market in Wuhan.

The source of the epidemic is the seafood market
According to Reuters, 2 people in Thailand and 1 person in Japan were affected by the virus. These three patients were found to be in Wuhan. The World Health Organization (WHO) notes that new cases may occur with increased screening. The Chinese National Health Commission has announced that institutions will work together to prevent the epidemic.

The spread of the virus preceded by the Chinese New Year celebrations raised concerns. Officials say they have stepped up their plans to contain the virus, as a large number of people are going to travel for the New Year holiday. The total population of Wuhan is around 11 million. The virus-borne disease was first detected in the past December.

The new pneumonia virus is from the coronavirus family, including SARS. The SARS virus, which erupted in 2002 and killed approximately 800 people worldwide, also spread from China.