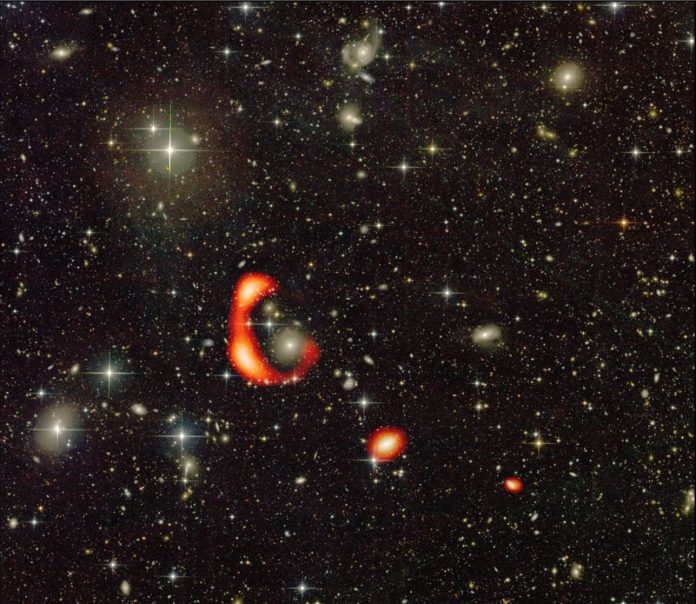 Using GMRT, a massive hydrogen neutral ring was discovered, scattered around the center of a starless galaxy 260 million light-years away from the earth.

At the National Radio Astrophysics Center (NCRA) in Pune, India, a team of astronomers discovered a mysterious hydrogen gas ring around a remote galaxy using the Giant Metrewave Radio Telescope (GMRT). The ring is much larger than the surrounding galaxy and has a diameter of about 380,000 light years (about 4 times our Milky Way Galaxy). The galaxy, called AGC 203001, is about 260 million light years away from us.

The AGC 203001 galaxy is known to have large quantities of hydrogen, although the exact distribution is unknown. GMRT observations show that neutral hydrogen is distributed in the form of a large off-center ring that extends far beyond the optical dimension of this galaxy.

There is no clear answer as to what could lead to the formation of huge starless hydrogen rings. Traditionally, galaxy-galaxy collisions have been thought to lead to the formation of such decentralized rings around galaxies. However, such rings usually contain stars, but no stars were found on this ring. Finding how this ring is formed remains a challenge for astronomers.