Home Tech The Mysterious Arcade Game That Researchers Cannot Understand the Algorithm of a... 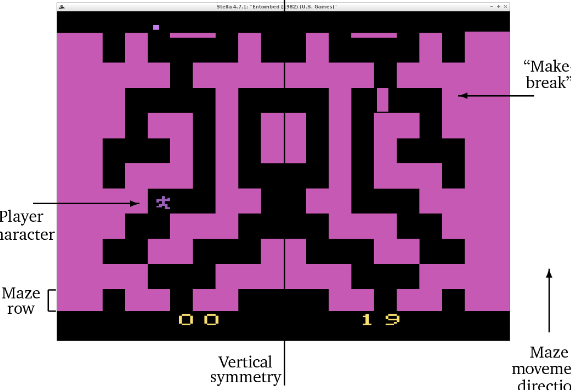 Although John Aycock from Calgary University in Canada and researchers from York University in England have made an intense effort to unravel the technical genius behind the famous labyrinth game Entombed, which was released for the Atari 2600 console in 1982, he did not understand the algorithm of the game.

Although the game console world is now shaking with PlayStation 5, in the past, players had very fun moments in consoles developed with limited hardware. Atari 2600, which was first launched in October 1977 and is the best selling game console of its period, is one of them.

Video game historians have recently begun to examine older Atari games more than ever before. Despite the hardware constraints, experts went deep into the codes to provide tips on how the games were developed, and finally examined Entombed, an Atari 2600 game designed by Tom Sloper and programmed by Steven Sidley.

The logic of the Atatom 2600 game Entombed, published in 1982, has not been resolved yet.

In Entombed, which met the players in 1982, the players move downwards in a constantly floating maze with horizontal symmetry and try to go as far as possible while avoiding enemies moving across the screen. If the player touches a monster, he is dying and the game is over.

Although John Aycock from Calgary University in Canada and Tara Copplestone from York University in England have taken a closer look at this game, which is quite complicated despite the limited possibilities of its era, they have not been able to find out exactly what logic the Entombed has. Making a statement to the BBC regarding the study, Aycock says the gameplay technique is “a very deep rabbit hole.”

Stating that the algorithm of the game analyzes new parts of the labyrinth and creates new tiles, the researchers state that this tile determines how the next square in each row will be born, but the question (n) is: how does an 8bit game do this?

Researchers reached out to Steve Sidley, one of the contributors to Entombed’s development to find the answer to this question. However, Sidley could not remember how the algorithm in the game worked. Thus, the mystery of Entombed, one of the most popular games of a period, could not be solved again.