Home Entertainment My Hero Academy: Who is Gang Orca? 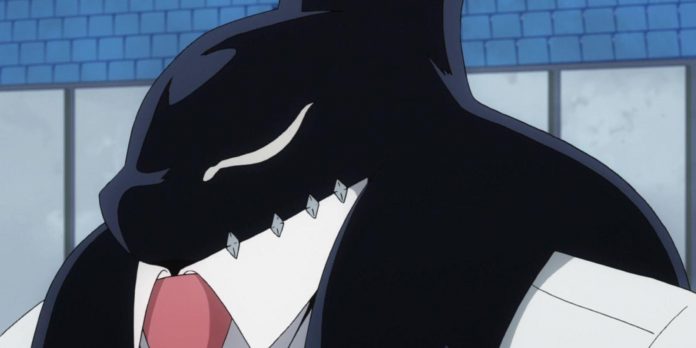 In My Hero Academia, there are many pro heroes, some more important than others. A variety of heroes can be seen in the first few episodes of the series, but even more show themselves later on. One of the more relevant pro heroes is Gang Orca, who debuts in Season 3, episode 8 during the Hideout Raid Arc. He was on the team of pro heroes who set out to save Katsuki Bakugo from the League of Villains. Many viewers, however, will recognize him more from the Provisional Hero License Exam, where he acts as a villain to the students.

Some viewers might find Gang Orca jarring during his first appearance, as not many other characters are full heteromorphs in My Hero Academia. Heteromorphs are characters with mutant-type quirks that drastically change their appearance. Even so, Gang Orca proves to be a cool character with an even cooler quirk throughout the series.

RELATED: My Hero Academia: Who is Mei Hatsume?

Kugo Sakamata, whose hero name is Gang Orca, seems like an unnecessarily mean, strict pro hero at first. Much of his personality is seen during the remedial classes after the Provisional Hero License exam. The hero students in his class are Cami, Inasa, Todoroki, Bakugo, and several other background students. During these episodes, he’s shown yelling at them and literally tossing them around for answering him incorrectly.

Gang Orca is incredibly competitive and serious about fighting. His rivalry with Shishido, whose hero name is Lion, shines in the recent OVA for season 5 “HLB” or “Hero League Baseball.” He doesn’t let rivalry get in the way of his hero work, however. This is one of the reasons he gets incredibly upset with Todoroki and Inasa. The reason Todoroki and Inasa end up in the remedial class is because of their fighting during the mock rescue mission in the Provisional Hero License Exam. They fail to work together and end up nearly costing the mission for everyone. Gang Orca can recognize when characters have some kind of rivalry, but he also recognizes the importance of working together regardless of personal grudges. He’s an incredible teacher, unlike a certain hot-headed pro hero, and knows when to be hard on his students.

Gang Orca has a mutant-type quirk, which means his quirk affects his physical appearance. It also means he can not turn it off. Mutant type quirks are also known as heteromorphic quirks. While the term has yet to appear in the anime, characters in the manga with mutant quirks, such as Gang Orca, are referred to as “heteromorphs.” Other characters with a mutant type quirks are Class 1-A’s Fumikage Tokoyami and the League of Villains’ Spinner. Mei Hatsume also has a mutant type quirk, but she looks fairly “normal” so she isn’t referred to as a “heteromorph.” The name of Gang Orca’s quirk is Orcinus, and it gives him attributes of a killer whale even if he’s on land. This is incredibly similar to Asui Tsuyu’s quirk, which gives her the attributes of a frog no matter what element she’s in.

Due to the fact that Orcinus gives Gang Orca the attributes of a killer whale, he has many abilities. His quirk mainly gives him super strength and increased speed, but he exhibits other cool attributes as well. One of his abilities is that he can use hypersonic waves. This is seen in the Provisional Hero License Exam when he shatters Todoroki’s ice wall. He can also use these waves to paralyze opponents before moving in for an attack. His quirk leads him to have a predatory, melee fighting style. His increased strength translates to a sturdier body as well, making him able to block strong opponents such as Deku and even mid-level Nomu.

While Gang Orca’s quirk is strong, it has a weakness. He can’t stand fire or temperatures that are too hot. This is due to the fact that he is literally part killer whale. The fire or warm temperatures dry out his skin too much, which can be detrimental for a whale. In an effort to combat this, he actually carries a water bottle with him, which he will pour on himself to rehydrate. Despite how hillarious that sounds, he still looks incredibly intimidating while pouring water on his head.

Due to the nature of his quirk, he is often used as a fake villain during tests, as seen during the Provisional Hero License Exam. During this time, he analyzes the students fighting him while acting as a villain of the appropriate strength. This shows that he, like many pro heroes, is constantly assessing his situation in battle. He doesn’t use the full extent of his quirk during the exam battle because he’s fighting students. During the Season 5 OVA, “HLB” or “Hero League Baseball,” he uses his quirk full force against his long-standing rival, Lion.

Even though Gang Orca seems to have a no-nonsense attitude, he has good relationships with other heroes and students. Since many of the main characters are students, he takes on a teacher role most of the time. Due to his appearance, people find him scary, which is a prime reason why he’s used as a mock villain during tests. While the anime doesn’t go into much detail regarding discrimination at this point, it can be assumed that Gang Orca is discriminated against similar to other heteromorphs. A good example of this kind of discrimination is actually seen with Spinner, who becomes a villain due to being an outcast. Gang Orca seems to take this in stride, using it to help train hero students.

As seen in the recent Season 5 OVA “HLB”, he has a long-standing rivalry with pro hero Lion. Their rivalry stems from their mutant quirks being polar opposites, but they can in fact work together. Lion’s roar can negate Gang Orca’s hypersonic waves. Their “baseball game” during the OVA episode is more akin to a Dragon Ball fight than a sports game. During the OVA episode, there’s an alert for a robbery, which Gang Orca and Lion respond to briefly before getting back to their intense baseball session. All in all, Gang Orca is one of the many cool pro heroes in the My Hero Academia universe.

Season 6 of My Hero Academia is set to air in Fall 2022. Until then, anime-only viewers can watch the two new OVA episodes. One features the killer whale hero while the other features a laughable criminal.

Sonic 2: What the new Knuckles says about the fan base