Home Entertainment My Hero Academy: Is Deku a good hero? 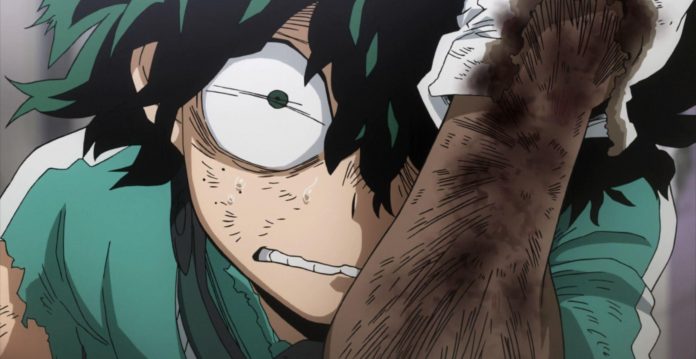 Izuku Midoriya, who goes by the hero name “Deku,” is the main character of the hit series My Hero Academia. Unsurprisingly, his upbeat, determined personality makes him one of the most beloved characters of recent anime. My Hero Academia itself was the 5th best-selling manga in 2021 according to Weekly Shonen Jump magazine.

Is Deku what makes the series so enticing? Some viewers say he’s a bland, obnoxious protagonist while others absolutely adore him. His determination to talk people out of villainy is reminiscent of characters like Naruto, who some viewers also found obnoxious. Naruto, on the other hand, is a classic anime that many people praise. Deku might be a protagonist comparable to characters like Naruto, but does that make him a good protagonist?

What Makes a Protagonist?

In its simplest form, the protagonist is a character that drives the story forward. Events tend to revolve around this character in some way. A protagonist should have a major or center role throughout a series, sometimes being the biggest catalyst for main events. People can pick out to protagonist easily because it’s usually the main character of a show. There’s always a running joke among anime fans that the viewer can pick out the protagonist based on hair color and dress alone. While this running joke isn’t the case with My Hero Academia, Izuku Midoriya is quite obviously our protagonist. He narrates the show from time to time and most of the conflicts revolve around him and his quirk. Katsuki Bakugo is another big character, but he is considered the deuteragonist, or secondary protagonist.

The protagonist doesn’t have to be a hero either. Some shows, such as Death Note, follow someone who’s a “criminal.” Despite the fact that Kira is on the “bad” side, he’s the protagonist and L is the antagonist. An antagonist is someone or something that tries to stop the protagonist from completing their goals. In My Hero Academia, the main protagonist is Deku while Shigaraki is one of the many antagonists.

Is Saying Good or Bad too Subjective?

My Hero Academia fans will know that the terms “good” and “bad” are incredibly subjective. There are a lot of gray areas throughout the show, which makes answering the question “Is Deku a good protagonist?” also complicated. Some viewers, for example, may not think of Shigaraki as a “bad” person despite being a villain. On the flip side, some people think of Endevour as a “bad” person despite being a hero. So how can one definitively say Deku is a “good” or “bad” protagonist? For that, there needs to be a definition that is without biases.

As mentioned earlier, a base level protagonist would be someone who pushes the story forward. They would have a center role and potentially be a catalyst for many main events. In order for a protagonist to be “good” or “bad” they would have to meet other expectations. These expectations would include character development and whether the story would drastically change if the character was taken out. The character would also need to stand on their own and not be a “blank check.” A “blank check” is a bland, practically faceless character that simply gains traits to move the story along. A good example of this would be Inaho from Aldnoah Zero. This means the character needs to be a “good” character at their base level as well as being a protagonist. For simplicity’s sake, a good character is one who has flaws, character development, and a personality that isn’t just a walking trope. Preferably, a “good” protagonist should be relatable in some sense with the viewers, but that isn’t always the case.

A Hero Who Wants to Save Everyone

Deku isn’t the typical “hero” protagonist, despite how he comes across. When comparing him to other hero characters like Naruto, Deku is quite different. This isn’t simply because Deku happens to be incredibly smart while Naruto is more of a lovable goof. They both try to understand their respective badies, however Deku takes a more analytical and research-based approach.

RELATED: My Hero Academia: Who is Mei Hatsume?

This can be seen in the most recent OVA for season 5 “Laugh! As if You Are in Hell.” While everyone else is training and strategizing how to beat Mr. Smiley, Deku researches online and tries to make a website that showcases the criminal’s art. This does go hand in hand with other hero protagonists, but Deku goes more in depth with it. Rather than simply saying “I know you have a good heart!” while trying to beat them senseless, he tries to see what makes the criminal or villain tick. Deku has actually stated multiple times throughout the series that he doesn’t want to fight people, he just wants to help them. Meanwhile, other Shonen protagonists tend to “beat first, ask questions later.”

How Does Deku Hold Up to the “Good Protagonist” Definition?

Deku holds up to the definition of a protagonist for obvious reasons. He’s the center of attention throughout most of the series and the catalyst for almost every event that happens. The series would drastically change if Deku wasn’t the main character. He starts out quirkless, making him more empathetic to other characters who are different. This also makes him a more relatable underdog, especially in comparison to the deurteragonist, Bakugo. While Bakugo is a beloved character, he is less relatable to a majority of the audience for the first few seasons. As the protagonist, he would have been harder to relate to due to the fact that he started out being good at using his quirk.

At the beginning of the series, Deku is somewhat naive and completely quirkless. He keeps his analytical personality but grows as a person in both strength and resolve. He doesn’t fall into the “blank check” trope due to the fact that he has a personality to begin with. His personality doesn’t magically change to overcome obstacles, rather he uses his resolve and intellect to figure out solutions. The base core of Deku is still the same, even after all this time, but he’s grown to be a better hero. Deku also has flaws from the start. At the beginning he is incredibly naive, thinking he can be a hero without a quirk, and later he frequently bites off more than he can chew. This is still a glaring flaw that Deku has to the point where he doesn’t care about his own wellbeing. He’s made calculated and rash mistakes during fights and otherwise.

When held up against the definition of a “good” protagonist, Deku certainly stands up to it. Some viewers might think he’s too optimistic or too reckless, but that doesn’t make him a bad character. In fact, he’s more realistic in this sense because real people aren’t perfect. This is something that Horikoshi, the author of the manga, continually reminds the viewers about.

While viewers of My Hero Academia eagerly wait for the new season set to air this Fall, they can help themselves to the recently aired OVAs for season 5 on Crunchyroll.