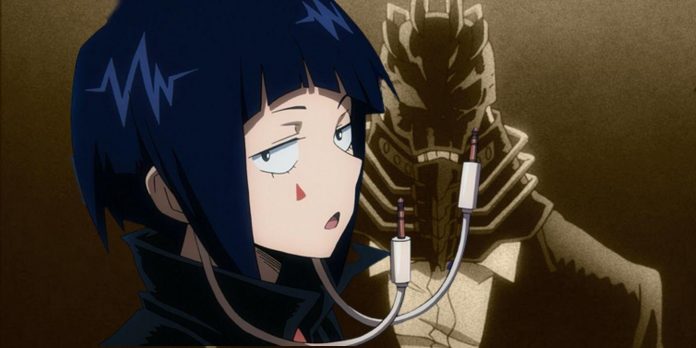 Even a successful manga like My Hero Academia can’t escape some of the genre’s oldest cliches. Kohei Horikoshi’s work has been praised for bringing a breath of fresh air to the senen manga, but it seems like the final arch My hero Academy resorts to a stereotype that readers have seen too many times.

As in other senen, My Hero Academia relies on creating a series of powerful villains that the heroes must defeat, usually after they become stronger as a result of training. My Hero Academia has a memorable cast of villains: Overhaul, Spot, The League of Villains and Tomura Shigaraki, Re-Destro and the Meta-Liberation Army, all of them have left their mark on the series. However, the title of the greatest villain belongs to All for One, the most powerful quirk user in the world and the “absolute evil” that the heroes have to overcome in order to restore order and peace in their society. All for One is so powerful and dangerous (with his ability to steal quirks) that the exact way he will be defeated will be the main interest in the last arc of the series.

Having established that the duty to suppress All for One during the final battle fell on the shoulders of the two main heroes of Japan, Aspirations and Hawks, chapter No. 355 of My Hero Academy laid the cards on the table. Endeavour is seriously injured, which leaves Hawks alone until he is supported by two young trainee heroes, Jiro and Tokoyami. The gap between the newcomers and All for One is so obvious that the villain is in no hurry to mock his opponent, making sure they know they are out of their league. However, All for One suddenly weakens due to a “riot” due to the many quirks he has absorbed over the years, which allows Jiro to hit him with a powerful sonic attack, creating an opportunity for the Hawks to strike All For One at a weak spot. by beating him up. This is one of the oldest cliches of senen manga: the weak can defeat the strong through cooperation and effort, a necessary stereotype for a genre that focuses on how people can improve themselves and overcome seemingly insurmountable obstacles.

It’s a little disappointing when you see how Everyone for One, a big, almost unstoppable villain, is defeated by the collective efforts of many weaker heroes. A few moments earlier, he even said that “spirit and motivation are useless in the face of absolute power,” and the fact that he immediately turned out to be wrong simply shows that “My Hero Academy” cannot escape some of the oldest cliches of the genre, namely that the weak can defeat the strong, as proved by two young A hero from Class 1-A. The head reinforces this idea by showing that Everyone understands for One that what is really rebelling against him is the will of the “weaklings” from whom he stole the quirks.

However, it should be said that this cliche is an integral part of the overall theme of the series. “All for one” represents the desire for power through absolute individuality and selfishness. The only force in the world that can resist him is One for All, a force passed down from generation to generation and becoming stronger with each person involved. Thus, it makes sense to have everything for one, damaged by the efforts of many “weak” heroes. While other senens experimented more with the images of this genre (the most famous is Wanpanchman), My hero academy decided to take some of the oldest manga cliches and make them an integral part of its narrative.