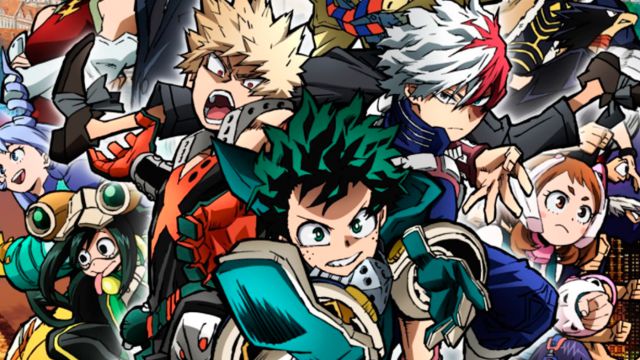 My Hero Academia: The popular superhero manganime gets a third film that will open in Japan on August 6; still undated in Spain. My Hero Academia: World Heroes Mission, the third film based on the popular manganime My Hero Academia, will premiere its third film on August 6 in Japan and we can already enjoy an overwhelming trailer that you can see heading this news. With its fifth season of the anime already released in its country of origin, we will soon be able to enjoy a new feature film based on such popular superhero characters.

Thus, this new My Hero Academia movie will introduce a new villain called Flect Turn, the head of a dangerous terrorist group and the highest believer in a terrible prophecy that anticipates a coming end of the world. This new character has been created by Kohei Horikoshi himself, author of the original manga. In addition, and thanks to this first trailer, we can know the main theme of My Hero Academia: World Heroes Mission, interpreted by the popular group Asian Kung-Fu Generation, authors of the mythical theme of the anime Naruto.

On the other hand, the regular director of the series and the two previous films, Kenji Nagasaki, returns once again as director of the film, while Yusuke Kuroda, regular writer of My Hero Academia, signs the script for World Heroes Mission. Of course, the team responsible for this new film offers the fans enough guarantees to enjoy a new and spectacular episode of the saga; and the trailer is good proof of that.

At the moment there is no release date in Spain for My Hero Academia: World Heroes Mission, although it is likely to arrive in the fall or the end of the year, after a few months of its release in Japan.