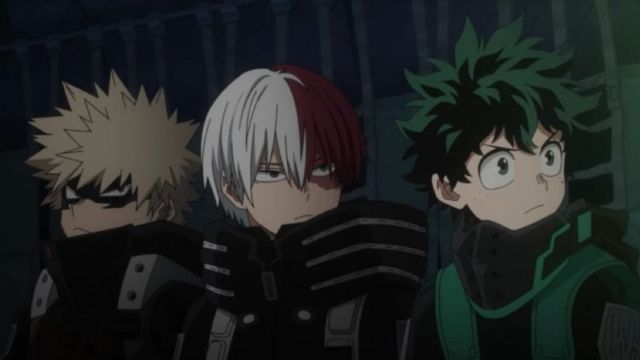 My Hero Academia: The film will hit Japanese theaters on August 6, while the rest of the markets will have to wait to enjoy it.In a few weeks, the Japanese fans of the manga My Hero Academia will have an unmissable date. The third film based on the popular saga is released, World Heroes Mission, which, as on previous occasions, will also adopt 2D animation as a style. The premiere in Japan is getting closer and closer, so a new and impressive trailer has just been distributed for its debut in theaters, which will take place on August 6.

The fifth season of the anime has already arrived in Japan, so it is time to tell more stories within this particular universe. The film will introduce us to Flect Turn, a new villain who leads a very dangerous terrorist cell. They firmly believe in a prophecy that heralds the end of the world. His design was born directly from the pencil of Kohei Horikoshi, the author of the manga. Below these lines you can enjoy the new trailer, which, how could it be otherwise, focuses its attention on the dazzling action.

No date outside of Japan

My Hero Academia: World Heroes Mission still does not have a release date in other territories, so we will have to wait for it to be specified where and how we can see it when it is finally localized to other languages. Not even a release window has been revealed, so it will likely take months for the adventure to continue beyond Japan.

The film, for its part, has had the participation of some of the usual names of My Hero Academia. Kenji Nagasaki, director of many episodes of the saga and of the two previous films, will repeat as chief creative officer, while Yosuke Kuroda has been appointed as the main screenwriter. The latter has also adapted the scripts of the series, so

Call of Duty: Rambo and John McClane Arrive in The Game...