Home Entertainment My Hero Academia will take a hiatus for the health of its... 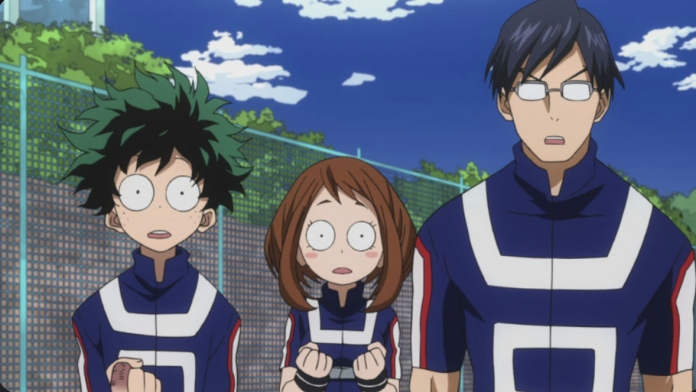 Kohei Horikoshi, creator of My Hero Academia, interrupted his work with the manga due to health reasons. Know the details

Many fans were waiting for the publication of the next chapter of the My Hero Academia manga, which is made by Kohei Horikoshi. The last events of the story are truly exciting, especially for a series that is in its final act.

However, it will take a little more patient when it comes to Izuku Midoriya’s adventures. All because a mandatory pause in its performance was announced.

Kohei Horikoshi had to stop his work

What happened? Well, simply that Horikoshi is sick. This is why he had to interrupt his creative work. This was announced by the official Twitter account of the series.

It was previously mentioned that the manga would not appear in the most recent issue of Shueisha’s Weekly Shonen Jump magazine. But the cause of this decision was not specified. Now it is known that this mangaka is not very healthy and needs a break.

The message mentions that the creator of My Hero Academia has “poor health.” But there is no mention of his illness or how serious he is. Considering that it is only a weekly break, it is to be imagined that it is not something to worry about.

Sometimes the mangaka work schedules are so extensive that they end up getting tired of more. Unfortunately, this is a favorable field for the most diverse ailments to appear. 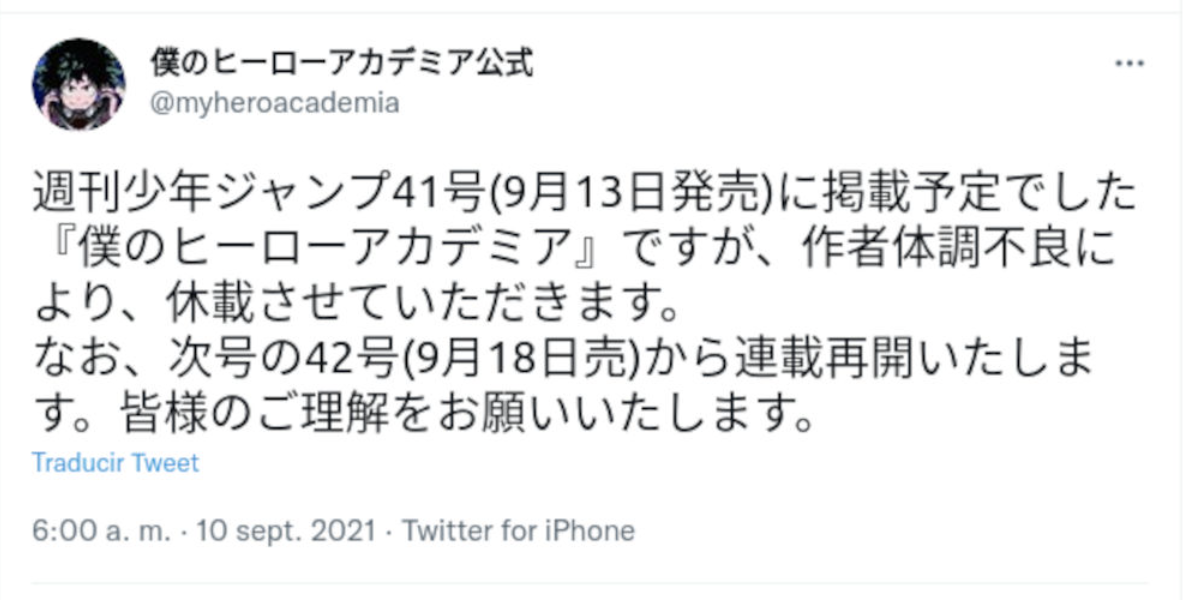 My Hero Academia will return next week

So when will the manga return? Well, chapter 326 will happen from September 12 to 18. As on other occasions, the delay not only applies to Weekly Shonen Jump but to the digital version through Manga Plus.

There is nothing left but to be patient and wish that Kohei Horikoshi is fully recovered. But in times of the coronavirus it is logical to have some concern. The disease is still very present, especially in Japan.

So much so that the state of emergency in Japanese lands was extended by the government. However, a pause caused by this disease would be at least two weeks and this is not the case.

This hiatus in publishing the manga will not affect the Bones anime in any way. Season 5 is nearing completion and it may take about a year to return. That way of working has been very beneficial for this successful series.

Jim Ryan announces Days Gone to be released for PC