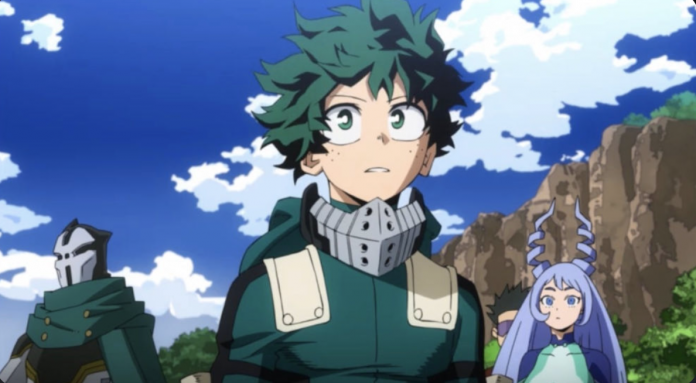 The last episode of the fifth season of My Hero Academia has a post-credits scene that links it to the one that follows.

The same can be said of other characters. At the moment things seem to be normal, but it is known that what comes next will be a total war between the opposing sides. And the post-credits scene focuses on that …

Before episode 25 (113 overall) ends, professional hero Hawks is shown realizing that something big is about to happen. He hopes his message to Endeavor has been clear enough.

It seems that this was the case, as the young heroes of Class 1-A have mobilized. Your mission is to evacuate people from a city. Next to him are U.A. Academy students from other classes.

Apparently, the idea is for them to take care of and safeguard the population. They think it is a rehearsal, part of the practices they do to train in My Hero Academia. But while they do that the professional heroes will take action.

This time at Jaku Hospital, where the evil Dr. Ujiko, one of All For One’s allies, is. That course of action will lead them to face the Paranormal Liberation Front, who is now in command of Shigaraki.

The great battle in My Hero Academia is about to begin

There were several criticisms about how Bones handled the fifth season of My Hero Academia. But this post-credits scene suggests that a big showdown is on the way.

Those who read the manga know that this is one of the best stories within the work of Kohei Horikoshi.

There will be death and destruction everywhere. It will be the clash of two of the most powerful antagonistic forces, which seem to be irreconcilable.

It’s a shame there are no more details about the sixth season of My Hero Academia. It is likely to come out next year, but it is not known in what season. Will it be in the spring or will we have to wait until the summer?

Whenever it is, we will have to keep an eye on it, because after this battle is when history will embark on its final stretch. It is something its creator is currently working on and it is a matter of time.