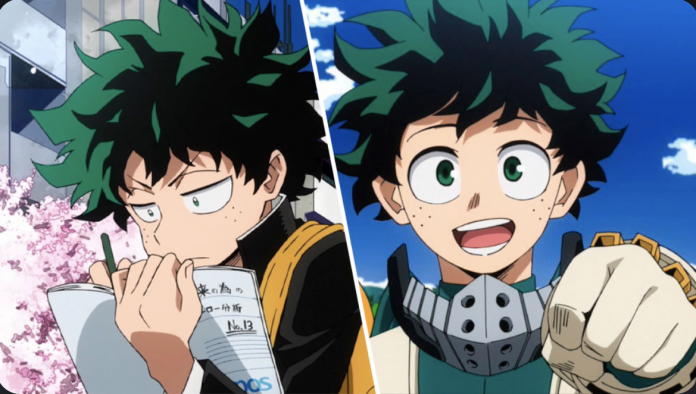 The fifth season of the My Hero Academia anime is about to end, but first we share a glimpse of its latest episode

According to plan, the final episode of the fifth season of the My Hero Academia anime premieres on Saturday. It is the 25th of the current installment and the 113th of the complete series.

The importance of this episode is to serve as a ‘bridge’ for what will come later in this entertaining story. So we’ll get a close on some of the things that happened and a glimpse of what’s to come in the future in this adaptation of Kohei Horikoshi’s manga.

Taking a look at the last episode of the fifth season

Although a preview as such is not available, there is a preview. It is a series of images of what will be seen in the next episode. Tomura Shigaraki enters the scene, no longer as the leader of the League of Villains, but of the menacing Paranormal Liberation Front.

Izuku Midoriya, Katsuki Bakugo and other students from the U.A. Academy also appear. Another villain present in the screenshots is Dabi, for whom the great moment of him is coming.

As for the professional heroes, Hawks, who has so far played the role of ‘double agent’ in the most recent episodes of My Hero Academia, is appreciated.

Aizawa-sensei and All Might also enter the scene, although as teachers they are not as close to the action as other characters. What is obvious is that, at least as far as this episode is concerned, the darkness that characterizes what is coming in the future will not be seen. 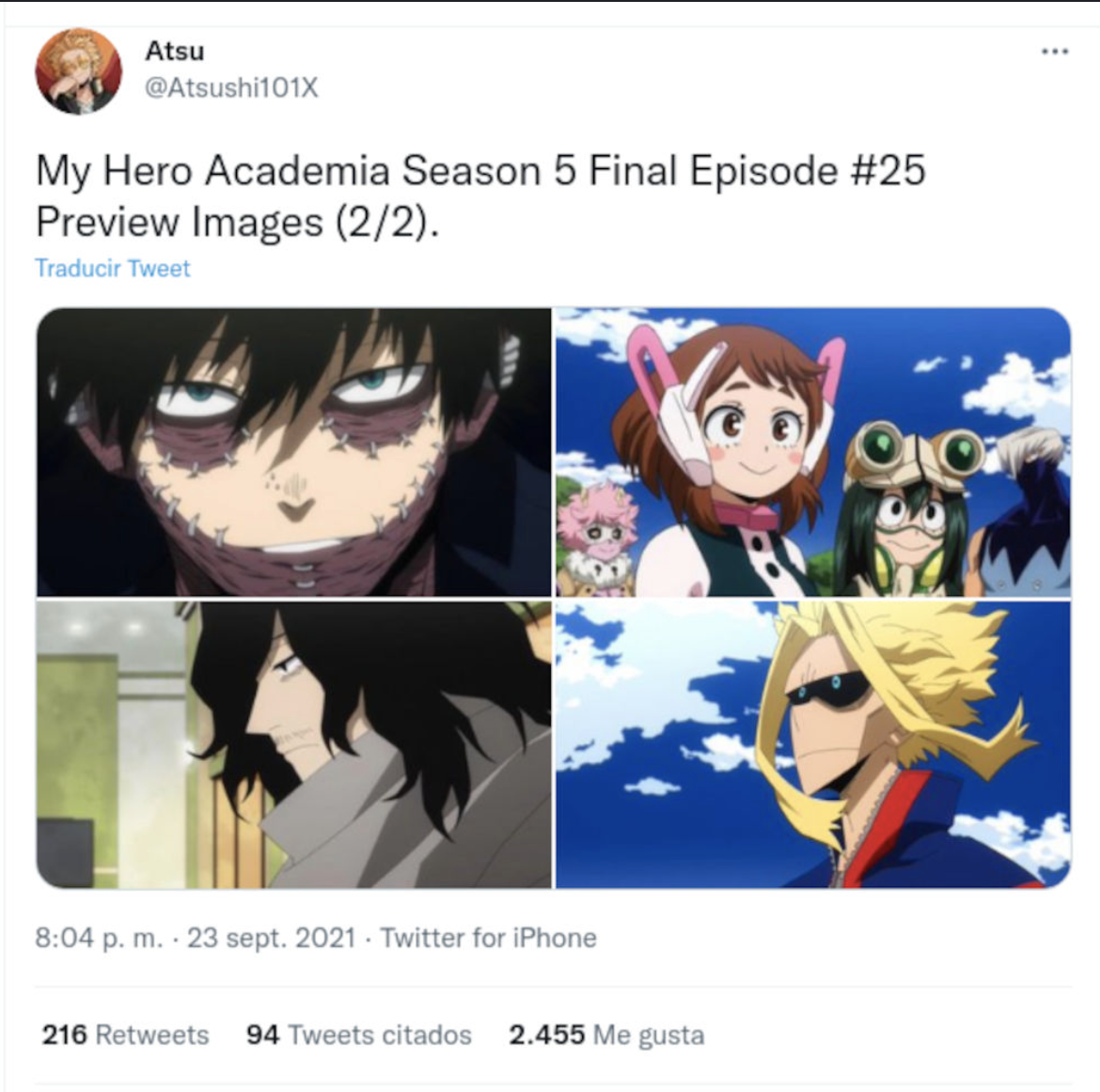 What comes next for My Hero Academia is a war

What happens is that the next season, which should theoretically premiere in 2022, will turn into an all-out war. At last the conflict between heroes and villains will break out openly. Sure, if Bones, the studio in charge of the anime, sticks to Horikoshi’s manga.

The way in which the content of this work was adapted for the fifth season generated several criticisms. Decisions were made that did not fully convince the fans.

Probably, the changes in the way in which the story of the fifth season of My Hero Academia is developed was to be able to connect the sixth as well as possible.

The problem is that this caused changes of rhythm that were not very favorable and less so for those who follow the manga. Perhaps that is why this wave of anime episodes felt ‘soulless’ when compared to the third and fourth, which were much better managed and cared for.