Home News My Hero Academia: How many episodes will season 5 be? 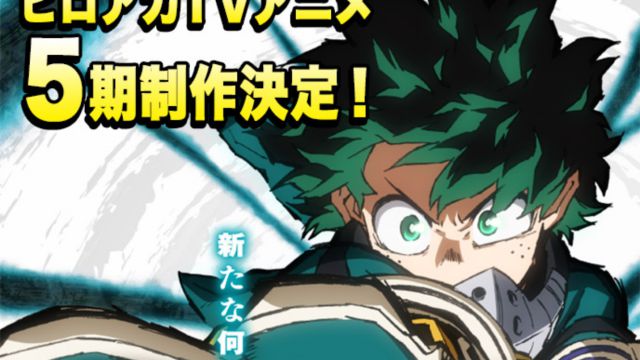 The fifth season of the famous manganime series Boku no Hero Academia (BNHA) has begun and will keep us entertained for several months.

Season 5 of the My Hero Academia anime (Boku no Hero Academia) has already begun. After four seasons with great success, the animated series based on Kohei Horikoshi’s manga in the pages of Weekly Shonen Jump faces its fifth season with the BONES studio at the helm and the same weekly release schedule for new episodes from the past. Saturday, March 27. How many episodes will this Season 5 of My Hero Academia have?

According to the official My Hero Academia portal, where the first details of the season’s DVD and Blu-ray distribution are offered, the package will include between 20 and 25 episodes, so this Season 5 of My Hero Academia will feature a maximum of 25 chapters. The physical premiere in Japan will consist of three covers of six episodes, six episodes and seven, respectively (25 chapters, if it is ultimately exactly 25). In the event that there are no interruptions or unexpected pauses, we are talking about a six-month broadcast.

As a context, Season 1 had 13 episodes, while Season 2, 3 and 4 were full seasonal, 25 chapters, which is the standard for this type of publication divided by cycles.

Without going into plot spoils, Season 5 will narrate the arc of the manga faith “Joint training”, which corresponds to the confrontation of class 1A with class 1B. Hopefully, however, the Meta Liberation Army story will be told in full.

The direction of this new wave of episodes is in the hands of Masahiro Mukai with Yosuke Kuroda as scriptwriter and Yoshihiko Umakoshi and Hitomi Odashima in character design work.

For all those who are interested in watching the broadcast of Season 5 of My Hero Academia online, legally and with Spanish subtitles, in this article we explain all the options currently available.

Liridas: meteor shower could be seen from Wednesday to Thursday