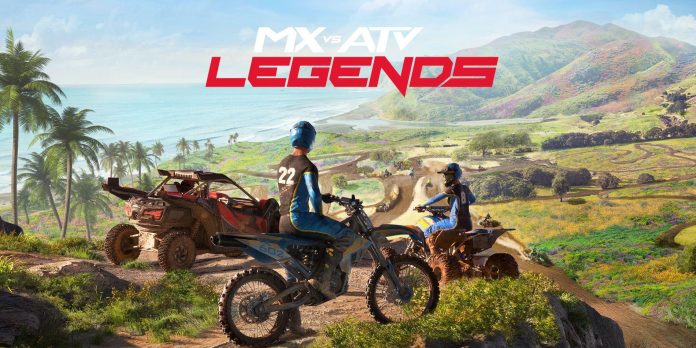 Rainbow Studios Locomotive Games and MX vs ATV Legends from THQ Nordic have a variety of vehicles and different conditions for racing. This new racing game features MX, ATV and UTV career modes, as well as local or online multiplayer and an open environment for open exploration. There are also some customization options and other collectibles, but unfortunately there are a lot of performance issues.
At the beginning of the game, the only career mode available is MX, but unlocking ATV and UTV careers won’t take long. Regardless of the career mode, each race will bring the rider more fans, which will eventually be required to open new events. Taking one of the first places in each race facilitates progress and access to the later parts of the career mode, which are locked behind the necessary fan base.
Related: The Open NA 2022 Tournament by Mario Kart 8 — when and where to participate
The basics of steering and driving are intuitive and easy to learn, but jumps are controlled with multiple inputs to indicate exactly how the car makes the jump and how high it rises. However, this mechanic also causes some problems with controlling the direction after the jump, and it is very easy to lose your way. MX and UTV cars in general have a lot of control problems, which make it difficult to drive on narrow roads or to pass sharp turns correctly. ATVs are better suited for precision racing, but in career mode they still seem too clunky.
The career mode for each type of vehicle has a linear progression, which eventually leads to the repetition of tracks in the same order. The multiplayer mode in MX vs ATV Legends can help get rid of some of the repetitiveness in career mode, but the available tracks are the same. There are point-to-point races, and there are those in which you need to go two or three laps. In addition, there are several different types of races, including narrow tracks with lots of sharp turns and open areas with the ability to perform stunts after high jumps. The environment varies from off-road arenas to snow-capped mountains or open canyons. With each race completed in career mode, no matter where the rider is, more fans and money will be earned.
As you progress in Career mode, new sponsorship offers will be offered and various customization options will be unlocked. The garage is used to change the appearance and characteristics of the car with the help of parts that can be purchased by earning money on races. However, all cars start with the same specifications and have the same available parts, so buying more cars for customization and improvement is pointless. Locker is also available to customize the appearance of the driver, but the options are somewhat limited in terms of color and style.
There are a lot of performance issues on the PlayStation 5 that really spoil all the positive MX vs experiences. ATV Legends. Along with frequent crashes, some fragments of certain tracks may disappear, as well as problems with hanging, input delay and clunky animation. There are too many problems to ignore, and they can be incredibly frustrating when they lead to attempts to complete the same race multiple times. Unfortunately, much of the fun the game offers is overshadowed by a host of performance issues that are extremely frequent, at least on PlayStation 5.
Due to serious performance issues, MX vs ATV Legends simply cannot compete with any of the best racing games. The best part of the game is riding in free mode and exploring open areas with a good background soundtrack. However, in reality, racing is a struggle, and it’s hard to get pleasure from taking first place after repeating the race due to crashes. Overall, MX vs ATV Legends is disappointing, repetitive content that lacks any significant experience.

Vampire: The Masquerade – Bloodhunt Confirms Its Requirements on PC