Home Entertainment Mutants From The Deep, The New Free Game By Locomalito 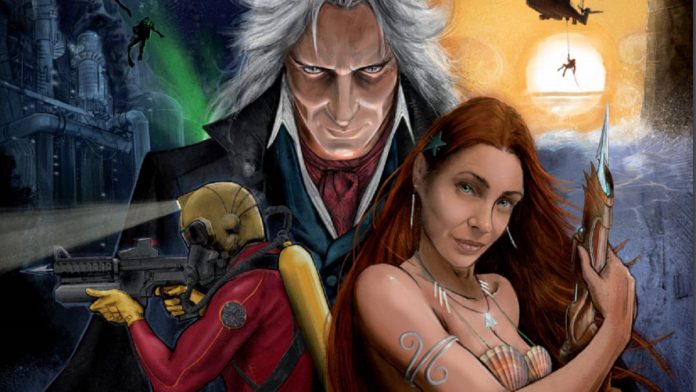 Mutants From The Deep: Together with Manuel Pazos and Fernando García to create the version in the mythical Japanese system. Locomalito and Gryzor98, the golden couple of the Spanish retroindie scene, have just released their new work, Mutants from the Deep, a small project that remained to be completed a few years ago and that has now come to light with the special addition of arriving in a version for MSX1 by two important figures of the Spanish retro community linked to the Japanese computer: Manuel Pazos and Fernando García. This time the development framework has been strict, “bloody retro” as the Malaga programmer comments: a 64Kb game for the first generation of MSX, without cheating or cardboard, although with a lot of merit on the part of the conversion team to bring the version from PC to microcomputer, with only some flickering (the classic flickering) and a somewhat limping but impressive autoscroll for the hardware and this load of objects on the screen.

The game is a demanding shooter with multidirectional shooting in eight directions in which a diver or a mermaid has to take down a mutant threat that has risen from the depths. We can choose any of the protagonists, each with somewhat different characteristics. The diver Marcelo has more life, so he can withstand more impacts from enemies, but in return he is slower and can last less time without oxygen. The Marila mermaid is faster and lasts longer without the need for air bubbles, but she has very little resistance to damage and that means that you have to be particularly precise with her.

It is a shmup with a different air in which precision is rewarded in the face of the desire to end everything that appears on the screen. The fact that we can shoot diagonally and the speed of enemy shots, as well as his freaking sense of timing, makes it especially advisable to move well and position himself even better to avoid damage, before going crazy shooting. Graphically it is at a spectacular level for the machine, with settings with great detail, mysterious figures that populate the seabed, corals and a very well used color palette. Of course, as usual, Gryzor98 has the baton of sound, with lively melodies, full of energy and with an essential mysterious touch for an underwater-themed game, a soundtrack that encourages us to start over and over again. to get to the end.

Fortnite: Where are the ruins? (Durrburger’s Relic Quest)