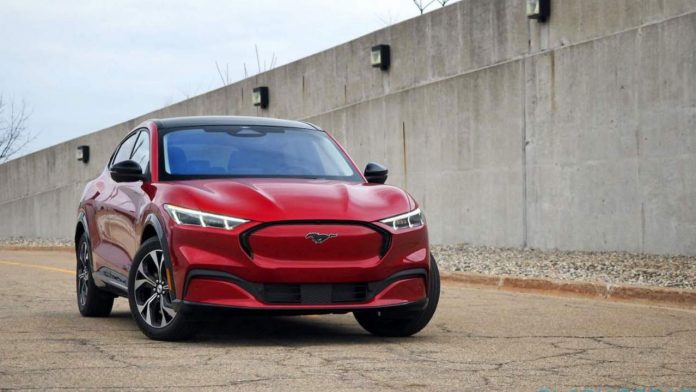 According to SlashGear’s report, some Mustang Mach-E model vehicle owners reported that electric SUVs do not work even if the battery pack is full. Reports reveal that some older versions of electric vehicles have a problem with how the smaller 12-volt battery inside the vehicle is charged. Because the Mustang Mach-E, which opens by taking a small amount of power from the larger lithium-ion battery pack that propels the vehicle, has a 12-volt lead battery.

The 12-volt battery of the Mustang Mach-E supplies power to more than one system in the vehicle, and if it dies, the vehicle becomes completely inoperable. When the problem arose, vehicle owners notified the FordPass app that their vehicle was in deep sleep mode. The firm confirmed the incident in the technical service bulletin submitted to the National Highway Traffic Safety Administration, which said the problem was related to the software in the power transmission control module.

The technical service bulletin in question stated that the problem affected Mustang Mach-E SUVs produced on or before 3 February this year. While Ford did not confirm how many of the electric vehicles were affected, only a small portion of the approximately 7000 vehicles delivered in the first quarter of 2021 had the problem. Stating that the incident could not be fixed with a wireless patch, the company stated that the vehicles should receive technical service for repair.