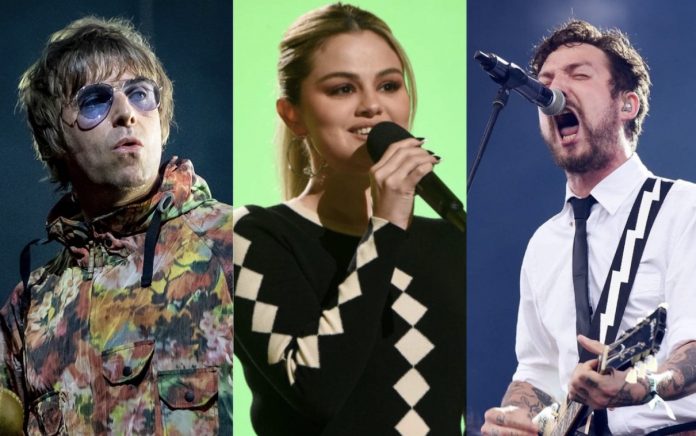 The musicians spoke out on World Mental Health Day, sharing messages of support and advice on where to get help if necessary.

Artists including Liam Gallagher, Selena Gomez, Frank Turner, Bros frontman Matt Goss and Frightened Rabbit have been sharing messages on social media about the importance of having an open conversation about mental health issues.

Today (October 10), Gallagher shared a touching new video for the song “Too Good For Giving Up” and teamed up with the Talk Club, a mental health charity founded by Ben Akers after he lost his childhood best friend Steve Yates in 2014. .

He also tweeted to Louis Tomlinson: “Yes, Louis, this is LG. How are you doing? Out of 10? Nice to talk,” before he celebrated Talk Club, World Mental Health Day and his new music video.

Meanwhile, Gomez shared the trailer for her upcoming Apple TV+ documentary My Mind & Me and tweeted: “Every breath is a breakthrough.”

The film tells about the singer and actress’ rise to fame, including her battles with lupus, anxiety and depression.

Elsewhere , Turner wrote: “Remembering the lost. I am not and will never be an expert in this matter, but if you need to talk to someone, please. More people will care and listen than you are telling yourself right now. Watch yourself.”

The terrified rabbit also reminded people to “talk to someone,” while Tiny Changes, a charity set up by Scott Hutchison’s family after he passed away in May 2018 following suicide and years of battling depression, also posted a message.

According to a survey earlier this year, 85% of Britons said that music is vital to maintaining their mental health.

FOR HELP AND ADVICE ON MENTAL HEALTH: