Home Entertainment Murals of The Legend of Zelda: Tears of the Kingdom May Hide... 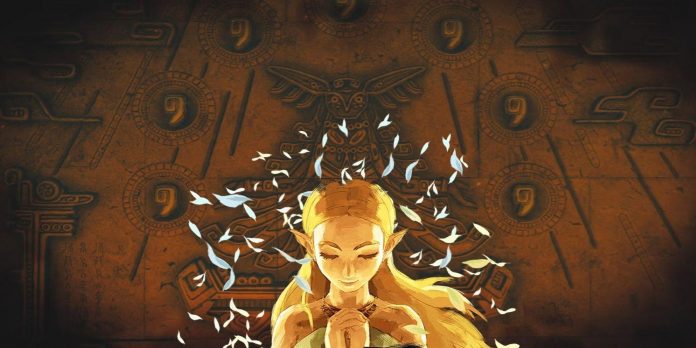 Despite the fact that the official release date and title have finally been confirmed, many details related to The Legend of Zelda: Tears of the Kingdom remain a mystery, but some suspect that the latest trailer from the September Nintendo Direct may hide clues to the game’s plot. While fans have begun to analyze the subtitle of “Tears of the Kingdom,” others have turned to the latest trailer to analyze it for any other hints that may cause further speculation. In particular, fans noticed that the frescoes depicting the history of Khairul and the Disasters of Ganon have returned again.

Once the sequel to Breath of the Wild was confirmed with a first-look trailer back in 2019, the murals appeared fleetingly several times, such as in the background when Link and Zelda explore under Hyrule. But the latest trailer went even further: at the beginning of the trailer, the focus was on a few murals, and then the transition to gameplay from The Legend of Zelda: Tears of the Kingdom. Without context, it’s hard to understand exactly what they might mean for the game’s plot, but that hasn’t stopped fans from trying to decipher their hidden meanings in anticipation of the upcoming sequel.

The first mural: The Attack of Ganon’s Forces

At first glance, the first mural that viewers saw in the trailer is not something new. By this point, many players will be familiar with the story of how Calamity Ganon first attacked Hyrule, and the subsequent war between the Hylians and Ganon’s forces. What is interesting about the fresco consists of two parts. Firstly, more attention is paid to Malice, since its characteristic red color is the only color that has ever been used in the fresco. Previous trailers have shown that Malice may have more to do with the game’s plot than just a threat to the environment from “Breath of the Wild,” especially since it seems to be seeping out of Ganon’s mummified remains.

Secondly, the framing of the fresco for the public highlights, in particular, one lone Hilian soldier who is immersed in malice. Although he is not stylized as Link, fans believe that this may be an allusion to Link, as he was a Hylian soldier who single-handedly served as Zelda’s guard and then survived the Ganon Disaster War. As already mentioned, other trailers for the “Breath of the Wild” sequel emphasized malicious intent, for example, the 2021 E3 trailer showing Link’s hand gripped by malicious intent. The connection here may be that malice infected Link and may play a role in Link’s story in Tears of the Kingdom.

The second fresco: a figure resembling a deity surrounded by unknown symbols

Perhaps the strangest of all depicted in the recent trailer, the second mural depicts an unknown figure surrounded by seven equally unknown symbols. The figure seems to resemble some kind of deity, but it does not match the other statues of the Goddess dedicated to Hilia, which can be seen in Breath of the Wild. Therefore, fans have not decided whether this unconfirmed figure is a new or an old character in the history of the series.

However, the strange symbols surrounding this figure also baffle fans, as their purpose or meaning is also unclear. Since there are only seven characters, some fans have attributed this to Zelda’s constant use of the Seven Wise Men, as in Ocarina of Time or A Link Between Worlds. While the return of the Wise Men is a popular theory among Zelda fans, others have instead suggested that the seven characters could indicate how many dungeons Tears of the Kingdom could have, provided the game deviates from Breath of the Wild and returns to the traditional ones for the series. root vegetables.

The last murals that can be seen before the Tears of the Kingdom gameplay are close—ups of Zelda, who can be recognized by her stylized appearance corresponding to her images in the Breath of the Wild murals. These two close-ups could have been taken from different murals, but since both are focused on Zelda, perhaps the trailer establishes a connection between them. Both close-ups are also noticeably devoid of Link, leaving his absence filled with wild speculation along with other details hidden in the Tears of the Kingdom trailer.

The first close-up shows Zelda suspended in the air, who seems to be falling with malicious intent. Fans have noted that it is likely that she is possessed or abducted because of small details such as Zelda’s empty eye and the pose of her body. In particular, some fans noted the parallels of the images with other games, such as Twilight Princess, where Zelda belongs to Ganon. This suggests that there may be closer ties between the two games than previously thought, after early speculation linked Twilight Princess to Tears of the Kingdom through its green magic or how Ganon’s corpse looks eerily similar to Twilight Princess Ganon.