Home Entertainment MUNA Discuss The “Creative Freedom” Granted to Them on The Phoebe Bridgers... 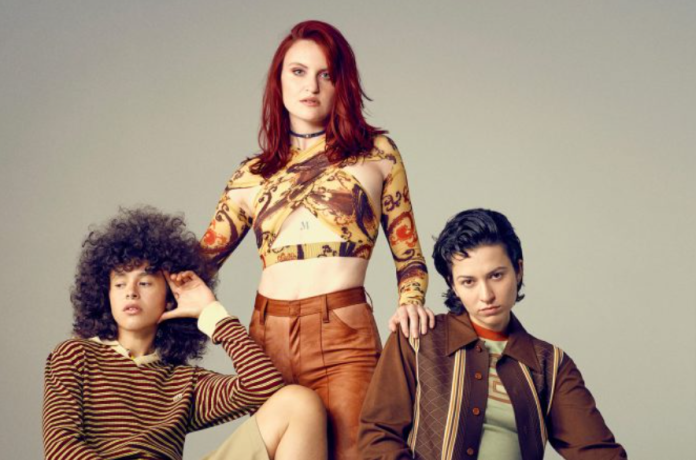 After releasing two records — the debut “About U” in 2017 and “Saves The World” in 2019 — on the major label RCA, the trio signed a contract with Saddest Factory, an imprint of the label Dead Oceans, with which Bridgers signed a contract, for their third album.

Reporting that RCA excluded them because they “don’t make enough money”, MUNA told NME that it is “in a sense easier” to work with an independent label and that they have “a lot of creative freedom”.

Guitarist Naomi McPherson added: “It’s hard to compare [the two labels] because, to be honest, we had such an unusual experience on both labels. On our old label, no one creatively strangled us and did not tell us what kind of music we should do. And our departure from this label wasn’t really even controversial.

“You are more likely to find people with whom you agree in terms of taste. You may be less likely to find such people in a larger corporate structure. It doesn’t mean that people [of a major label] don’t care about art, it’s just that they may have a different taste.”

About working with Bridgers , vocalist Kathy Gavin added: “I mean, she’s our A&R employee. We would send her songs and she would usually tell us which ones she liked.”

Gavin went on to explain how she asked Bridgers during the making of the album why she hadn’t given the band any “critical feedback”. Bridgers’ response: “Well, if I had a critical review, I would have given it to you, but I just didn’t.”

“It’s funny,” Gavin added, “because I think you can say we came out of a major label because we’re almost like, ‘Where are the bad thoughts?’ to be as good as they can be.”

The self-titled album MUNA was released on the Saddest Factory label in June of this year. In a four – star review , NME wrote: “It should be clear by now that these people know how to compose a huge pop anthem – that remains obvious here — but, more importantly, ‘MUNA’ also serves as solid proof of a band that has many more chapters of evolution up its sleeve.”

Next summer, MUNA will support Taylor Swift in her grand “Eras Tour” across the stadiums of North America. Earlier this year, they recorded a cover of Swift’s song “August” for a new live EP from Electric Lady Studios.

Before that, the band will play Australian and New Zealand concerts with Lorde, as the latter’s tour in support of the 2021 album “Solar Power” will end.