Home Entertainment MultiVersus will add a Gremlins Character Next Week 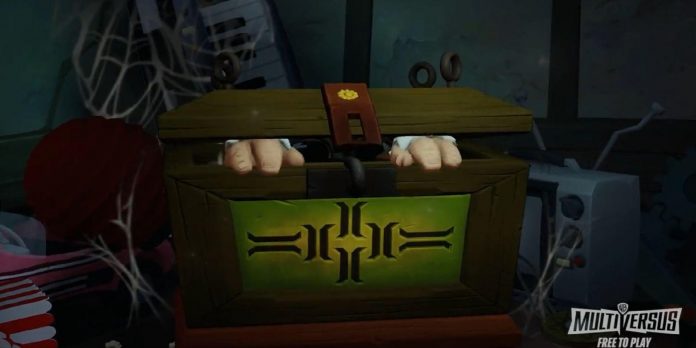 With all the IP addresses owned by Warner Bros. at its disposal, MultiVersus has a lot of crossover potential, perhaps even enough to match the potential of Super Smash Bros. The first trailer in which iconic characters such as Bugs Bunny and Harley Quinn fight on cartoon scenes. But since only 18 characters were available at the time of writing, MultiVersus certainly has room to expand the list of fighters.

In a new teaser posted on the MultiVersus Twitter account, the action movie surprised fans by announcing that it plans to release a new character. Judging by the 20-second video posted on Twitter of the game and its caption with a link to “a small, fluffy surprise”, many believe that the Gremlins crossover will appear in Multiverse in the form of a new fighter. Although this was previously confirmed on the Multiverse’season 1 loading screen, players didn’t know when they would see the new character. Now this is also confirmed, as it will appear on MultiVersus next Tuesday, September 6th.

Although Streak was the Gremlins character shown on the Season 1 loading screen, due to a recent Twitter video showing a cuter version of the Gremlin before someone puts water on him, some believe that Gizmo may appear in Multiverse instead. However, it is believed that if two different Gremlins characters appear in the title, they can be played through one fighter. Nevertheless, it will be interesting for many to see the unexpected crossover that will appear so soon in Multiverse.

It was expected that the Gremlins character would be added to the action platformer before the end of the year, as many fans initially believed that Rick from Rick and Morty would be the next addition to the list. Many thought that due to the fact that Rick already has files in the game, and Morty recently released for MultiVersus, the old scientist would join his grandson sooner rather than later. But it looks like the players will have to wait a bit before they can pass the rating with a friend in the role of Rick and Morty.

While a crossover with Gremlins from the loading screen of the first season has been confirmed, another character shown in the same image does not currently have a release date. Black Adam was recently featured alongside Stripe, but fans aren’t sure when the superhero will join the Multiverse roster. Currently, players assume that “Black Adam” will drop out after the release of the upcoming Dwayne Johnson movie, but nothing has been confirmed yet.