Home Entertainment MultiVersus: The best bonuses for Tom and Jerry 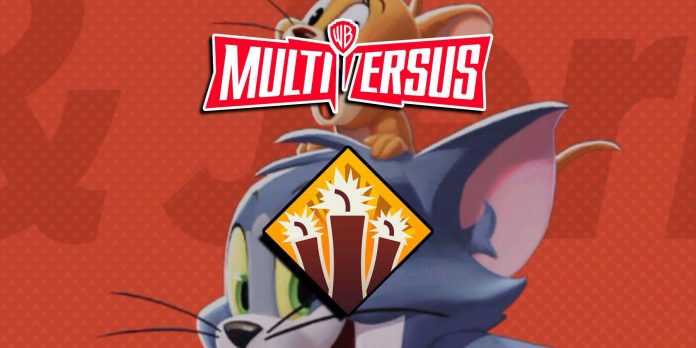 Recently, Tom and Jerry have caught the MultiVersus players’ eyes, thanks to Smash Ultimate Pro CLG Void and his recent doubles win at Evolution 2022 (along with his teammate Nakat). Now, these characters (two animals, but one “character”) have always been incredibly strong, even in the closed alphas for this platform brawler, but people are only recently starting to learn them and capitalize on how strong they are.

And, to be fair, the cat and mouse pair does have a very complex playstyle, so it takes some work to learn them and even more dedication to main them. So, with that in mind, lets go over some of the best Perks for Tom and Jerry in MultiVersus to help make that learning process just a bit easier while everyone is gearing up for the release of Season 1.

Right away, let’s just let players know what the best Perk setup is for Tom and Jerry, which is:

Tom and Jerry combine to make one incredibly unique fighting game character, and with these Perks, learning them should be feel just a bit easier, at least at first.

Now, this probably looks relatively different compared to some other recommendations out there that mention Perks like Make It Rain Dog, Ice to Beat You, and so on. And there is some solid reasoning for this that will be elaborated on below. First up, however, is why players should use Dynamite Split over Fly Fisher and That’s Flammable Doc over any other minor Perk.

For the Signature Perk, this really boils down to recovery options compared to zoning options, and with a character like Tom and Jerry, having more zone control is always more important. While the extra recovery from Fly Fisher is nice, Dynamite Split is so much better for creating openings for Tom to recover, punishing approaching enemies, or just stacking easy damage on unexpecting opponents.

Plus, Tom and Jerry already have a ton of ways to recover and even stall in the air as well, so Fly Fisher is more of an overkill choice, whereas Dynamite Split is an all-around improvement.

If used properly with projectiles and melee attack combinations, clever Tom and Jerry players can keep their opponents constantly Ignited, which quickly ramps up the damage to an easy Ringout using Cast-Iron Crusher, Trash Can Band, or even the last hit of Mallet Time. And, once again, this is another Perk that works well in just about every team comp as well, as almost every character in the game has at least one projectile.

Why exactly is this guide recommending Collateral Damage, a Perk often associated with Steven Universe or Bugs Bunny? Well, simply put, it’s because Cast-Iron Crusher is arguably Tom and Jerry’s best move, the one they’ll be hitting with most often, and it almost always bounces the enemy off of the ground.

This move is one of Tom and Jerry’s best spikes, best vertical KO tools, and best attacks altogether, so any T&J player worth their salt will be using it quite a bit. Additionally, Trash Can Band is another one of T&J’s bread-and-butter moves that knock enemies into terrain or ceilings quite often, so Collateral Damage just sees a lot of usage overall.

For a very similar reason as Collateral Damage, Lumpy Space Punch is also a fantastic Perk for Tom and Jerry players. It synergizes well with just about all of their Aerial moves like Cast-Iron Crusher, Trash Can Band, Volley, or even Scratch Cat.

All of these moves are attacks a standard Tom and Jerry player will be using constantly, so this basically equates to a five or 10 percent (if stacked with an ally) damage buff across the board. Plus, there aren’t many characters in MultiVersus that use their Grounded attacks more than their Aerial ones, so it almost always helps an ally to run this Perk as well.

All that said, MultiVersus is far from being a “solved game.” While there are arguable “better” Perks that the majority tend to run, smart players use Perk Training to unlock all of them on their main so that they can adjust their loadout based on who they’re facing.

For example, against Batman players (who tend to be masters of dodging attacks), Ice To Beat You might be better because the Freeze Debuff stacks slow their dodges as well. Here are some other examples of commonly used Tom and Jerry Perks that players tend to run in certain situations:

Defense: School Me Once – Usually used to counter other heavy projectile characters or even a Tom and Jerry mirror match. Utility: Aerial Acrobat – Makes it easier to line up attacks like Trash Can Band against faster characters like Finn or Arya. Utility: Triple Jump – One of the best “general” Perks in the game, especially when stacked with an ally. Utility: You Dodge I Dodge We Dodge – Tom and Jerry are relatively dependent on their Cooldowns as well as evading attacks, so this combines both. Utility: Tasmanian Trigonometry – While not a super “light” character like Arya, Tom and Jerry aren’t heavy, so this helps with matchups against Iron Giant or Garnet players. Offense: Lumpy Space Punch – An option for a more aggressive playstyle based around Tom and Jerry’s Aerial Attacks. Offense: Ice To Beat You – The alternative to That’s Flammable Doc though some people even run both at the same time. Offense: Snowball Effect – Tom and Jerry usually aren’t the heaviest damage dealers in any match, so this Perk is active quite often. Offense: Make It Rain, Dog – A bit obvious, but this Perk passively increases the Utility of all projectiles thanks to the speed increase.